Information about Dr. Carlton A. West 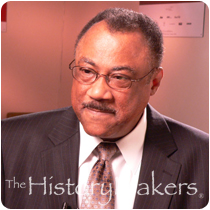 See how Dr. Carlton A. West is related to other HistoryMakers

Orthopedic surgeon Dr. Carlton A. West was born on December 12, 1943, in Montezuma, Georgia. He grew up on a farm in the central part of Georgia. West earned his B.A. degree in biology in 1965. Dr. Mayes encouraged him to make the Deans list in order to receive scholarship money. West made the Deans list twice and scored high on the MCAT. The summer of his senior year in college, he was exposed to the medical world firsthand through his internship at Harlem Hospital in New York City. This exposure to medicine inspired him to pursue medicine. Without the intention to attend medical school, West was the first student in his class to be accepted into a medical university. He graduated from Meharry University in Nashville, Tennessee, in 1965.

After graduating from medical school, West interned at Michael Reese Hospital in Chicago, Illinois, for one year for a general surgery residency. He then took a year off to be the medical director of Dr. Daniel Hale Williams’ Health Center based at Providence Hospital on Chicago’s South Side. After a year hiatus from surgery, West began his residency at Yale University, completing it in 1975. That same year, he returned to Chicago to open a private practice in orthopedic surgery. In 1977, he became board certified and joined the staff at Michael Reese Hospital. West’s notable patients included the late Chicago Mayor Harold Washington, the late Eugene Sawyer, Evel Knievel, Muhammad Ali, Sammy Davis, Jr., and many others.

West served on the Board of the American Diabetes Association and Operation PUSH/Rainbow Coalition. In addition, he served as the President of the Chicago chapter of Meharry University and was a member of Sarasan fraternal order of physicians.

West enjoyed fishing and skiing, remained a resident of Chicago, and was a father and husband.

See how Dr. Carlton A. West is related to other HistoryMakers
Click Here To Explore The Archive Today!