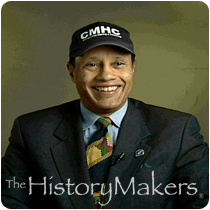 See how Dr. Carl Bell is related to other HistoryMakers
Donate Now

Psychiatrist Dr. Carl Compton Bell was born on October 28, 1947, in Chicago, Illinois, to Pearl Debnam Bell and William Yancey Bell, Jr. Bell grew up in Chicago’s Hyde Park neighborhood and graduated from Hyde Park High School in 1965. He received his B.A. degree in biology from the University of Illinois at Chicago in 1967. Bell received his M.D. degree in 1971 from Meharry Medical College in Nashville, Tennessee. He completed his psychiatric residency in 1974 at the Illinois State Psychiatric Institute in Chicago, where he worked with children, adolescents and adults. From 1974 to 1976, Bell served as a Lt. Commander in the United States Navy.

Bell is a National Institute of Mental Health international researcher and an author of more than 400 books, chapters, and scientific publications addressing issues of children exposed to violence, violence prevention, HIV prevention, isolated sleep paralysis and misdiagnosis of Manic Depressive Illness. He is the editor of Psychiatric Perspectives on Violence: Understanding Causes and Issues in Prevention and Treatment, and author of Getting Rid of Rats: Perspectives of a Black Community Psychiatrist and The Sanity of Survival: Reflections on Community Mental Health and Wellness.

Bell is the recipient of numerous awards including the E.Y. Williams Distinguished Senior Clinical Scholar Award from the National Medical Association in 1992. He received the American Psychiatric Association President's Commendation on Violence in 1997. Bell was appointed to the Violence Against Women Advisory Council by then U.S. Attorney General Janet Reno and was a participant in the White House's Strategy Session on Children, Violence, and Responsibility. He was appointed to the working group for the Surgeon General's Report on Mental Health - Culture, Race, and Ethnicity; and to the Planning Board for the Surgeon General's Report on Youth Violence. In recognition of his efforts to reduce violence, Bell became the first recipient of the American Psychiatric Foundation's Minority Service Award in 2004.

See how Dr. Carl Bell is related to other HistoryMakers
Donate Now
Click Here To Explore The Archive Today!