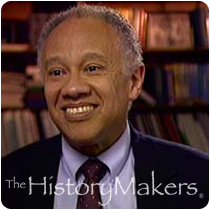 See how Dr. Bruce Ballard is related to other HistoryMakers
Donate Now

Ballard began his career in Chicago, Illinois, performing his internship at Michael Reese Hospital from 1964 to 1965. From there, he began his residency at the New York State Psychiatric Institute, where he remained for three years. Joining the Air Force in 1968, Ballard was sent to Hawaii's Hickam Air Force Base as the chief of mental health services, and after completing his service, he returned to New York in 1970. Taking a position at the Harlem Hospital Center, he was involved in the training of students performing their residencies. Ballard took a position with New York Hospital-Westchester in 1976 as the associate director of the Adult Outpatient Department and later as the coordinator of the residency program. In 1981, Ballard was hired by Cornell University as the associate dean for equal opportunity programs, and today he still works in that capacity as well as serving as the associate dean for student affairs. He has also maintained a private practice since 1972.

Ballard has been the director of the Travelers Summer Research Fellowship Program since 1981. The program aims to increase the numbers of underrepresented minorities enrolled in medical school programs through hands-on experience at partner universities. Ballard has also been active on a number of committees, and has chaired the Committee of Black Psychiatrists of the American Psychiatric Association (APA) and the Selection and Advisory Committee for the National Institute of Mental Health Minority Fellowship Program of the APA. He has published numerous scholarly articles, served on the editorial boards of several textbooks, and given presentations to various groups on ethnicity and psychiatry. The Air Force presented him with a Commendation Medal in 1970, and the APA presented him with the Nancy C.A. Roeske, M.D. Award for Excellence in Medical Student Education in 2001. Ballard and his wife, Eleanor, live in New York. They have two children.

See how Dr. Bruce Ballard is related to other HistoryMakers
Donate Now
Click Here To Explore The Archive Today!