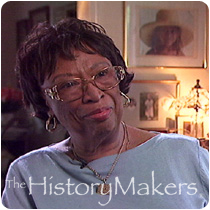 Favorite Color:
Blue
Favorite Food:
Chicken
Favorite Time of Year:
Spring
Favorite Vacation Spot:
St. Thomas, U.S. Virgin Islands
Favorite Quote:
What does that have to do with the price of rice in China?

Favorite Color:
Blue
Favorite Food:
Chicken
Favorite Time of Year:
Spring
Favorite Vacation Spot:
St. Thomas, U.S. Virgin Islands
Favorite Quote:
What does that have to do with the price of rice in China?

See how Dr. Bette Catoe is related to other HistoryMakers

Pediatrician Dr. Bette Lorrina Catoe-Strudwick was born on April 7, 1926 in Washington, D.C. Her mother was a White House pastry chef and government worker and her father was a taxicab owner and driver. Catoe’s parents divorced when she was a young child at which point her mother gained custody and raised her in Washington, D.C. She was educated in Washington, D.C. public schools and received her high school diploma from Dunbar High School in 1944.

Catoe received a full academic scholarship from Howard University, where she earned her B.S. degree in chemistry and physics in 1948. Her career ambition was to become a nurse or lab technician until she received a scholarship to Howard University’s Medical School. While a medical school student, she pledged Alpha Kappa Alpha Sorority and married her husband, Warren Strudwick. She was only one of seven women in her graduating class when she received her M.D. degree in 1951. In 1956, she began practicing pediatrics in the basement of her home, allowing her to work full time and raise her three children. In 1958, she helped to integrate Washington, D.C. hospitals. She moved her home-based medical practice into a downtown Washington office. By 1971, she had seen thousands of children and continued to provide medical assistance until she retired in 2003. In 1966, Catoe was elected as an at-large member of the Board of Trustees of the Medical Society of the District of Columbia, a post she served in for over thirty years. Ten years later, she was elected as a delegate to the 1976 National Democratic Convention in New York.

Her involvement in a number of civic organizations including the AKA Sorority, Jack and Jill of America, the NAACP, the Urban League and the Links. Catoe and her husband, Dr. Warren Strudwick, have three grown children; two are physicians and the other is an attorney.

Dr. Bette Catoe was interviewed by The HistoryMakers on June 17, 2004.

See how Dr. Bette Catoe is related to other HistoryMakers
Click Here To Explore The Archive Today! 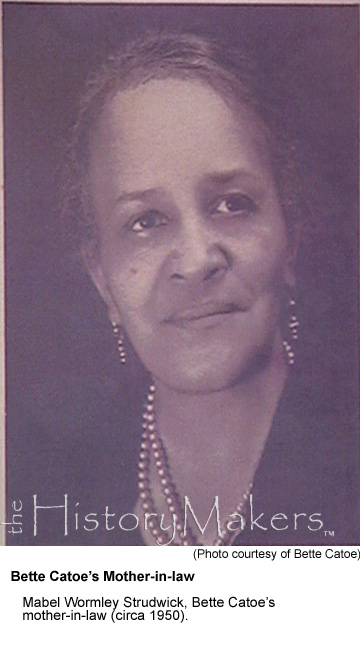 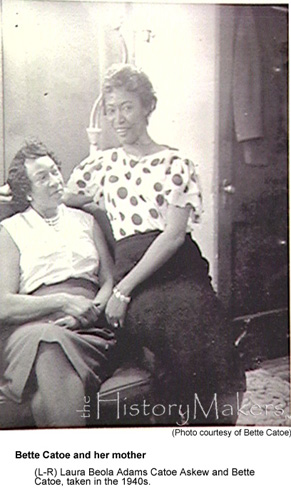