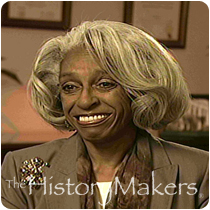 See how Dr. Barbara Ross-Lee is related to other HistoryMakers
Donate Now

Academic administrator and osteopathic physician Dr. Barbara Ross-Lee was born on June 1, 1942, in Detroit, Michigan, to Fred Ross, Sr. and Ernestine Moten, the oldest of six children. One of her younger sisters is entertainer Diana Ross and two of her brothers also pursued musical careers; one as a successful songwriter for Motown and one as a dancer with Diana Ross’ tours. Although Ross-Lee was originally interested in a career in show business, her interests soon turned to medicine. In 1960, Ross-Lee entered Wayne State University, where she studied biology and chemistry. After graduating in 1965, Ross-Lee briefly pursued a teaching career; as a member of the National Teacher Corps, she taught in Detroit Public Schools and earned her M.A. degree from Wayne State University.

In 1969, Ross-Lee’s focus returned to medicine, and she entered Michigan State University’s new College of Osteopathic Medicine. After graduation she opened a family practice in Detroit in 1973. She left private practice in 1983 and joined the U.S. Navy Reserves as a physician and became a professor at Michigan State University in the Department of Family Practice. Ross-Lee became a consultant on education in the health professions in 1984 for the U.S. Department of Health and Human Services. In 1990, Ross-Lee served as a community representative on the Governor of Michigan’s Minority Health Advisory Committee. Ross-Lee, already chair of the Department of Family Medicine at Michigan State University, received a Robert Wood Johnson Health Policy Fellowship also in 1991, which allowed her to spend a year working as a legislative assistant for health in the office of Senator Bill Bradley. After the fellowship, Ross-Lee returned to Michigan State University as an associate dean for health policy in the College of Osteopathic Medicine.

In 1993, Ross-Lee was named dean of the College of Osteopathic Medicine at Ohio University. She became the first African American woman to be dean of a medical school and one of only a handful of female deans in the country. After a notable career in Ohio, Ross-Lee was appointed vice president for health sciences and medical affairs at the New York Institute of Technology in 2001 and one year later, she became dean of the school’s College of Osteopathic Medicine.

Dr. Barbara Ross-Lee was interviewed by The HistoryMakers on July 25, 2007.

See how Dr. Barbara Ross-Lee is related to other HistoryMakers
Donate Now
Click Here To Explore The Archive Today!