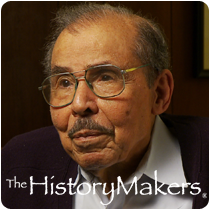 See how Dr. Asa Yancey, Sr. is related to other HistoryMakers
Donate Now

Surgeon, professor, medical director, and contributor to community service, Asa G. Yancey, Sr., M.D. was born to Daisy L. Sherard Yancey and Arthur H. Yancey on August 19, 1916 in Atlanta, Georgia. Daisy was a housewife, and Arthur worked as a U.S. Post Office mail carrier. Mr. Arthur H. Yancey wrote an autobiographical book in 1959 entitled Interpositionulification: What the Negro May Expect. In 1933, Asa G. Yancey graduated as valedictorian from Booker T. Washington High School in Atlanta. He earned his B.S. degree with honors four years later from Morehouse College. Yancey was one of four African American students in his class at the University of Michigan Medical School where his elder brother, Bernise, graduated from medical school in 1930.

Upon receiving his M.D. degree from the University of Michigan Medical School in 1941, Yancey first completed a general rotating internship from 1941 to 1942 at what is now Metropolitan General Hospital in Cleveland, Ohio. It was from this experience that he decided to pursue general surgery training. He served as First Lieutenant in The United States Army Medical Corp. before he returned to complete his residency in surgery at Freedmen’s Hospital, Howard University, where he trained under the guidance of Dr. Charles R. Drew. In 1945, he was a surgical fellow at the U.S. Marine Hospital in Boston and then became an instructor of surgery at Meharry Medical College in Nashville, Tennessee. Also about this time, Yancey started his involvement with the National Medical Association (NMA), the largest and oldest national organization for African American physicians.

Yancey has contributed numerous articles to the academic surgical community, and he has been recognized with many awards His article, “A Modification of the Swenson Operation for Congenital Megacolon," published in a 1952 issue of The Journal of the National Medical Association, describes a surgical procedure that preceded Soave’s publication by ten years. Yancey has also written articles exploring issues of medical care, health care, and poverty including "Medical Education in Atlanta and Health Care of Black Minority and Low Income People," and "The Challenge of Providing Health Care for the Poor: Public Hospital Perspective". His book Portrayal of a Lifespan describes life as it was for him in the 21st Century. Yancey received the Bennie Service Award, in 1990 and he receivedan Honorary Doctor of Science from Morehouse College and Howard University. . The Society of Black Academic Surgeons established a lectureship in the name of Asa G. Yancey, Sr., M.D. The Emory University Health System recognized his professional contributions over the years by naming a healthcare facility, The Asa G. Yancey Health Clinic, in northwest Atlanta.

See how Dr. Asa Yancey, Sr. is related to other HistoryMakers
Donate Now
Click Here To Explore The Archive Today!