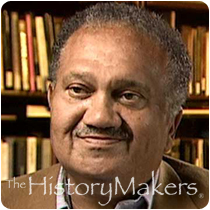 See how Dr. Alfred Stovall is related to other HistoryMakers
Donate Now

Alfred Stovall was born on August 13, 1936 in Birmingham, Alabama. An only child, Stovall moved to Fort Wayne, Indiana with his parents when he was seven years old. His father, Franz, got a job at General Electric and his mother, Arrie, opened a beauty school and operated it for 25 years. Stovall followed his parents' wishes that he get an education. He has used his medical degree to serve Fort Wayne's predominately minority neighborhoods, improving their access to health care and giving people pride in their community.

After graduating from Central High School in Fort Wayne, Indiana in 1953, Stovall attended Purdue University and then Fisk University. He finished his formal education in 1966 by earning his M.D. at Howard Medical School. That year, he was drafted into the U.S. Army to serve in Vietnam. He worked as a battalion surgeon and attained the rank of Captain. He was decorated with a Bronze Star. After returning home, in 1969 he opened a private practice as a family physician.

Stovall practiced medicine in an office on the corner of Lafayette and Pontiac streets, where he bought land. He and another African American physician, Dr. Jeff H. Towles, saw the potential and need for a full-service medical facility there-patients in their area had to travel relatively far to get x-rays and physical therapy. Together, they attracted investors and secured the necessary $2.7 million funding to build the 33,000 square-foot Lafayette Medical Center on the intersection where Stovall's office was located. It opened in 1993 and contains a low-cost pediatric center, an on-site urgent care center, a laboratory and a pharmacy as well as doctors' offices to cover a range of requirements.

Dr. Stovall serves as the president of the Fort Wayne Black Medical-Dental Association, which he founded. He is also a board member of the Fort Wayne Urban League and Star Financial Bank. He has four children with his wife, real estate broker Ernestine Dees Stovall.

See how Dr. Alfred Stovall is related to other HistoryMakers
Donate Now
Click Here To Explore The Archive Today!