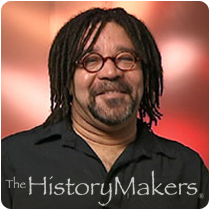 Accomplished stage performer and director Douglas Alan-Mann was born in Chicago on June 10, 1952, to Malinda, a homemaker, and Donald, a truck driver. He attended Chicago public schools growing up, but graduated from Bangor High School in Bangor, Michigan, in 1970. During high school, Alan-Mann was very active in theater, performing in various plays and productions. This passion grew into a successful career in the arts.

Alan-Mann has been involved with numerous Chicago-based plays and productions as an actor, director and stage manager, and has also worked as the production manager for the X-BAG Theater and later as the artistic director of the Chicago Theater Company. He has played roles in such plays as No Place to Be Somebody, Our Town and Ceremonies in Dark Old Men and also appeared in the film Mahogany. In 1998, Mann worked on a theatrical production, A Red Death, written by David Barr, based on the Walter Mosley novel. He has worked on many productions making poignant commentaries about problems in our society.

In 1999, Alan-Mann directed another Barr play, The State of Mississippi vs. Emmett Till, presented by the Pegasus Players. The play was based on the tragic historical events of 1955 - during the civil rights movement - when fourteen-year-old Emmett Till was brutally murdered while visiting his cousins in Mississippi. In an eye-opening case that revealed much of the ugliness of racism in America, the two men responsible for this heinous crime were found innocent. Also in 1999, Alan-Mann adapted a highly acclaimed original play, The Journal of Ordinary Thought, dramatizing everyday life for African Americans in Chicago neighborhoods. In 2001, he directed another Barr creation, Billy, based on a novel by Albert French. This play relays the story of a ten-year-old African American boy convicted and executed for killing a white girl in self-defense.

In 1975, Mann was awarded a Joseph Jefferson Award Nomination for his performance in Where is the Pride, Where is the Joy? at the X-BAG Theater.

See how Douglas Alan-Mann is related to other HistoryMakers
Donate Now
Click Here To Explore The Archive Today!