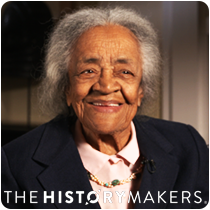 Professor Dorothy Burnham was born on March 22, 1915 in Brooklyn, New York to Frederick Burnham and Aletha Dowridge. She attended P.S. #11 and graduated from Girls High School in Brooklyn in 1932. Burnham received her B.S. degree in microbiology in 1936 from Brooklyn College in New York.

Student Union; and, in 1941, she and her husband, Louis, moved to Birmingham, Alabama to the headquarters of the Southern Negro Youth Congress (SNYC). During that period, the Burnhams, along with civil rights activists Esther Jackson and James Jackson
In the early 1930s, Burnham was active with the American , coordinated sit-ins, freedom rides and voter registration drives. They also worked to initiate equal pay for workers, integrate the public transportation systems and public institutions. Burnham worked in the Birmingham office until it closed in 1949. In 1949, she returned to Brooklyn and worked as a laboratory technician in New York City area hospitals. Later, Burnham joined the faculty at Hostas Community College and also taught biology, bioethics and health sciences in the adult education program at Empire State University, in the City University of New York (CUNY) system, during which time she was also active in the New York State Teachers Union.

Burnham was active in the national organization of Women for Racial and Economic Equality, as well as with the Sisters Against South African Apartheid, Genes and Gender, and the Women’s International League for Peace and Freedom. She also served as president of the Louis E. Burnham Awards Fund. In 2011, Burnham was honored with the Lifetime Achievement Award at the Better World Awards by the New York Friends of People's World, for her role in the fight for quality public education. Burnham was named a Brooklyn Renaissance Woman, and her lifetime achievements were recognized by New York State Senator Velmanette Montgomery during the reading of a Senate resolution. Burnham was the recipient of the Heritage Award from State University of New York Empire State College in 2012.

Burnham was interviewed by The HistoryMakers on November 15, 2018.