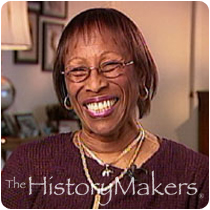 Doris Topsy-Elvord was born on June 17, 1931, in Vicksburg, Mississippi. In 1942, her family moved to Long Beach, California, where she has remained most of her life. After graduating from St. Anthony High School in 1949, she initially pursued a degree in chemistry, majoring in the subject at the University of California, Los Angeles. However, she soon realized her life's work would be better spent in the public service sector.

Topsy-Elvord began her career in public service by working as a California Youth Authority counselor, followed by positions in the Los Angeles County Sheriff's Department and the city of Long Beach Department of Parks, Recreation and Marine. For nineteen years, she worked for the Los Angeles Probation Department as a deputy probation officer. Topsy-Elvord earned her B.A. in social welfare from California State University, Long Beach, in 1969 and her M.A. in criminal justice administration from Chapman College in 1981. She retired in 1988 after thirty-five years of service to her community.

Topsy-Elvord became a member of the city of Long Beach Civil Service Commission and served one term as president. She also served as vice president of the Long Beach Unified School District Personnel Commission and commissioner of the First Justice and Peace Commission of the Archdiocese of Los Angeles from November 1987 until November 1989. In 1992, she became the first African American female elected to the Long Beach City Council. Topsy-Elvord holds the honor of being twice unanimously selected as vice mayor of Long Beach, in 1996 and 1998. She is the co-founder of the African American Heritage Society, an organization that raises money for educational materials on African Americans and cultural artifacts.

Topsy-Elvord has served on numerous boards and is a member of various organizations and societies. She has received many honors and awards for her lifetime of service to the Long Beach community, including being named 1994's Woman of the Year by California State Senator Ralph Dills.

Topsy-Elvord is married and has three sons, five granddaughters, one grandson and one great-grandchild.

See how Doris Topsy-Elvord is related to other HistoryMakers
Donate Now
Click Here To Explore The Archive Today!