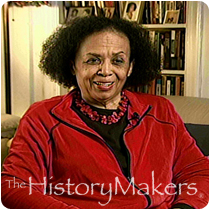 See how Dorie Ladner is related to other HistoryMakers

Civil rights activist Dorie Ann Ladner was born on June 28, 1942, in Hattiesburg, Mississippi. As an adolescent, she became involved in the NAACP Youth Chapter where Clyde Kennard served as advisor. Ladner got involved in the Civil Rights Movement and wanted to be an activist after hearing about the murder of Emmitt Till. After graduating from Earl Travillion High School as salutatorian, alongside her sister, Joyce Ladner, she went on to enroll at Jackson State University. Dedicated to the fight for civil rights, during their freshmen year at Jackson State, she and her sister attended state NAACP meetings with Medgar Evers and Eileen Beard. That same year, Ladner was expelled from Jackson State for participating in a protest against the jailing of nine students from Tougaloo College.

In 1961, Ladner enrolled at Tougaloo College where she became engaged with the Freedom Riders. During the early 1960s, racial hostilities in the South caused Ladner to drop out of school three times to join the Student Nonviolent Coordinating Committee (SNCC). In 1962, she was arrested along with Charles Bracey, a Tougaloo College student, for attempting to integrate the Woolworth’s lunch counter. She joined with SNCC Project Director Robert Moses and others from SNCC and the Congress of Racial Equality (CORE) to register disenfranchised black voters and integrate public accommodations. Ladner’s civil rights work was exemplified when she became one of the founding members of the Council of Federated Organizations (COFO) in Clarksdale, Mississippi, which included: NAACP, CORE, SNCC, and SCLC.

Then, in 1964, Ladner became a key organizer in the Freedom Summer Project sponsored by the COFO. Throughout her years of working with SNCC, she served on the front line of the Civil Rights Movement in various capacities. She participated in every civil rights march from 1963 to 1968 including the March on Washington in 1963, the Selma to Montgomery March of 1965 and the Poor People’s March in 1968. She was the SNCC project director in Natchez, Mississippi, from 1964 to 1966, and lectured at universities, churches, and other institutions to raise money for the organization. In addition, Ladner was a supporter of the Anti-Vietnam War Movement and worked in the presidential campaigns of Eugene McCarthy and George McGovern. She went on to serve as a community organizer for the Anti Poverty Program in St. Louis, Missouri, and was an advocate for civil rights in housing and employment. Ladner has also worked for the Martin Luther King Library Documentation Center to help collect the history of people who were participants in the Civil Rights Movement.

In 1973, after her marriage and the birth of her only child, Yodit, Ladner earned her B.A. degree from Tougaloo College. In 1974, she moved to Washington, D.C., and enrolled at the Howard University School of Social Work where she earned her MSW degree in 1975. Ladner has served as a clinical social worker in both the Washington, D.C. General Emergency Room and Psychiatry Department for thirty years. Since her retirement, she has continued her work as a social activist by participating in genealogical research, public speaking, anti-war activities (marches against the war in Iraq), and volunteering in the presidential campaign of Barack Obama.

See how Dorie Ladner is related to other HistoryMakers
Click Here To Explore The Archive Today!