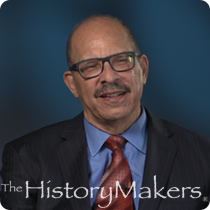 Lawyer and entrepreneur Donald V. Watkins was born on September 8, 1948 in Parsons, Kansas to Dr. Levi Watkins, Sr. and Lillian Bernice Varnado Watkins. Watkins graduated from the Alabama State University Laboratory School in Montgomery, Alabama in 1966. He then went on to receive his B.A. degree in 1970 from Southern Illinois University in Carbondale, Illinois. Watkins was awarded a Herbert Lehman Scholarship by the NAACP Legal Defense and Education Fund and earned his J.D. degree from the University of Alabama School of Law in Tuscaloosa, Alabama in 1973.

Following his graduation from the University of Alabama, Watkins joined the law office of Fred D. Gray, Rosa Parks’ attorney in Montgomery, Alabama. In 1979, he opened his own office in Birmingham, Alabama and became the youngest person ever elected to the Birmingham City Council, which he served on until 1983. From 1985 until 1999, Watkins served as Special Counsel to the Mayor of Birmingham, Richard Arrington, Jr. During his distinguished legal career, Watkins handled a number of landmark cases, including, Sidney Williams v. The City of Montgomery, Alabama in 1975, SCLC v. The City of Gadsen, Alabama in 1978, U.S. v. Richard Arrington, Jr. in 1991, and U.S. v. U.W. Clemon in 1996. In 1996 Watkins founded Watkins Pencor, a global energy investment company. In 2000, he co-founded Alamerica Bank in Birmingham. In 2002, he gained national attention when he attempted to purchase a Major League Baseball team. In total, he inquired about purchasing the Tampa Bay Devil Rays, the Montreal Expos, the Minnesota Twins, and the Anaheim Angels. Watkins also co-founded Nabirm Energy Services Ltd. In Windhoek, Namibia in 2011.

Watkins has been an active member of his community throughout his career. He served as chairman and CEO of Masada Resource Group, LLC, as well as chairman of Alamerica Bank. Watkins also served on the board of directors of State Mutual Insurance Company in Rome, Georgia, and as a trustee for Alabama State University. He is a life member of Alpha Phi Alpha fraternity.

Donald V. Watkins was interviewed by The HistoryMakers on May 1, 2017.