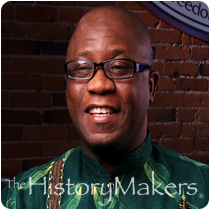 Favorite Color:
Black, White
Favorite Food:
Cassava Leaves
Favorite Time of Year:
Summer
Favorite Vacation Spot:
Tallahassee, Florida
Favorite Quote:
Do Unto Others As You Would Have Them Do Unto You.

Favorite Color:
Black, White
Favorite Food:
Cassava Leaves
Favorite Time of Year:
Summer
Favorite Vacation Spot:
Tallahassee, Florida
Favorite Quote:
Do Unto Others As You Would Have Them Do Unto You.

See how Donald George is related to other HistoryMakers

Donald B. Eardley George is an educational speaker, teaching African American history aboard the Amistad ship. George was born on May 31, 1966, in Freetown, Sierra Leone, in West Africa. His mother was Marie George, descended from the Mende slaves and his father was Emmanuel George. George is a descendant of one of the leading founders of Sierra Leone. In addition, George has seven siblings: Emmanuel, Ellen, and Onikeh, Avril, Deanie, Leslie, and Olayamatu.

In 1991, George graduated from Transworld College in the United Kingdom with an Associate's degree in office administration. Following his education, George began working with the Council of Churches as a program assistant. The United Church of Christ brought George to Amistad America, Inc. in 2004 where he became the International Multicultural Education Coordinator. George lectured on the Amistad Incident of 1839 while aboard the Freedom Schooner Amistad. He was also heavily involved in the Atlantic Freedom Tour in 2007 where the Amistad sailed to England, West Africa, and the Caribbean. George has acted as liaison for Amistad America Inc. with the Caricom and African Union ambassadors at the United Nations on a permanent memorial, student video conference, and the International Slavery Remembrance Day Project.

Since 2004, George has been an affiliate of Friends of Amistad, a history and humanitarian organization. In 2005, George was presented an award by the African American Telecommunication Professionals of SBC. Two years later, George received the Golden Star Achievement award from the Peace and Love Group of Sierra Leoneans and in 2008, he was given the Irma Kingsley Johnson Distinguished Service award by the Chicago Friends of the Amistad Research Center. In 2010 George received the diamond award from the University of Mass African Students Union.

George has two children, Desmond and Juliet who were born and live in Sierra Leone.

Donald George was interviewed by The HistoryMakers on April 30, 2010.

See how Donald George is related to other HistoryMakers
Click Here To Explore The Archive Today! 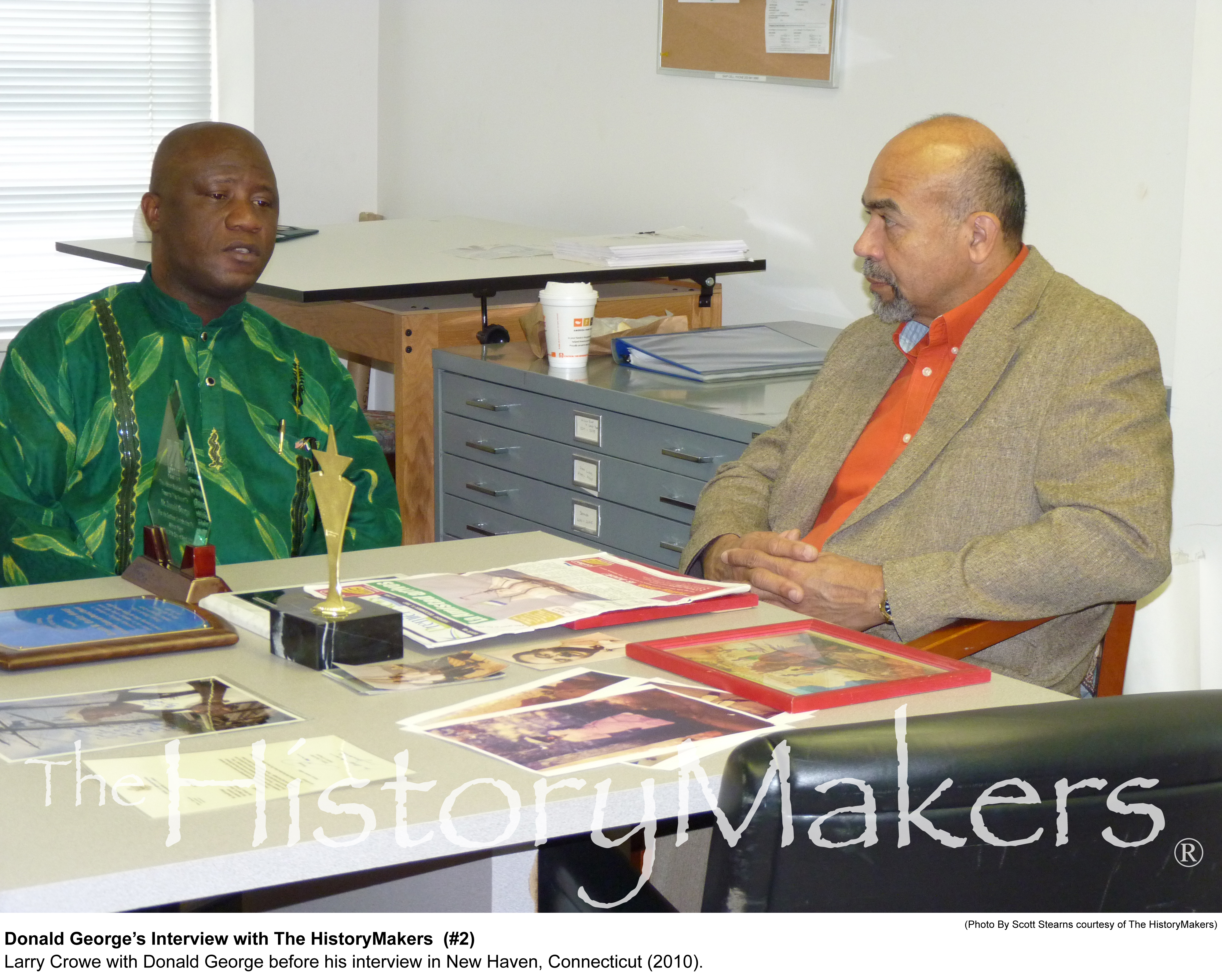 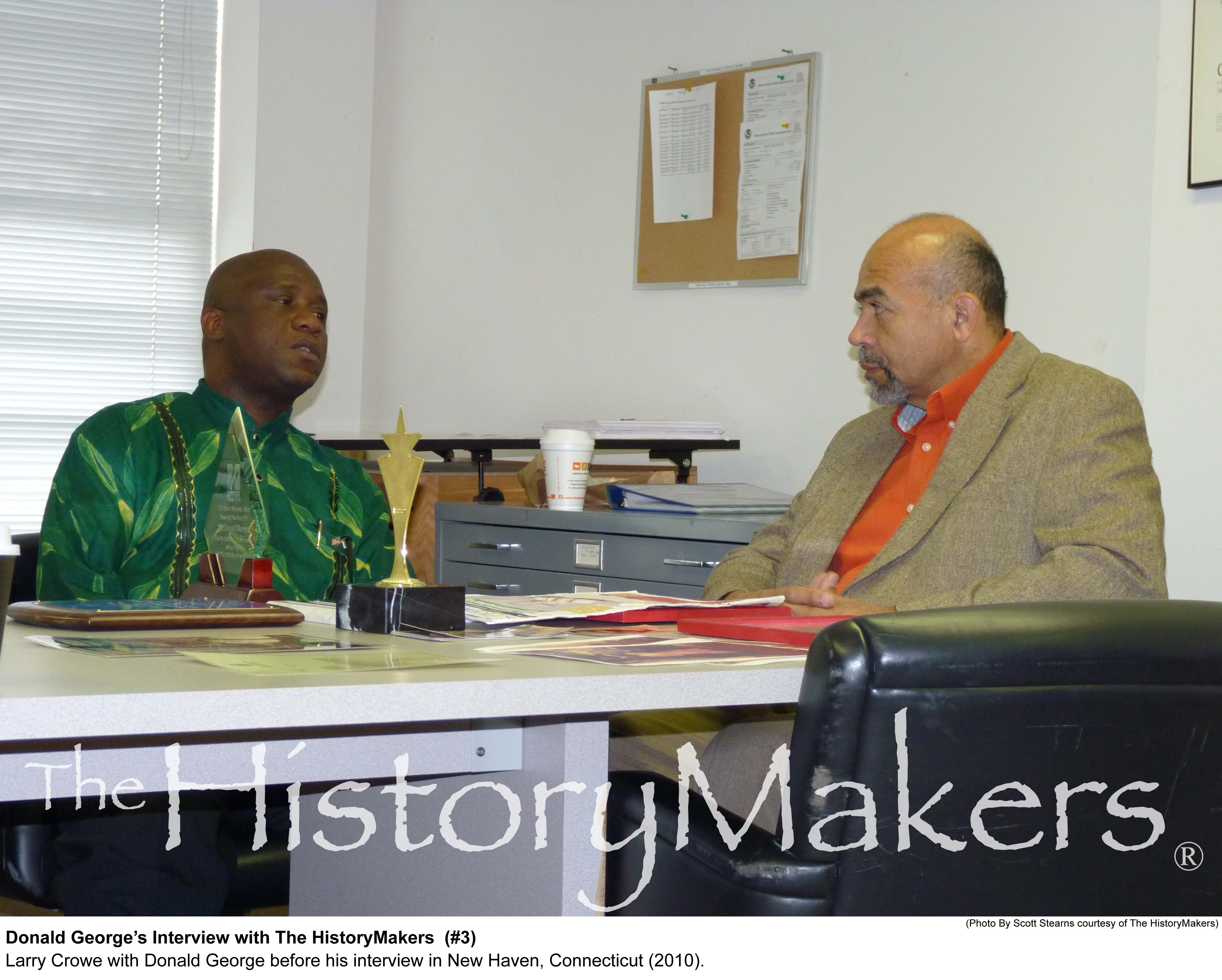