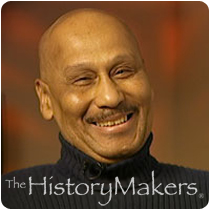 Favorite Color:
Blue, Brown, Tan
Favorite Quote:
The difficult we do right away. The impossible takes a little longer.

Favorite Color:
Blue, Brown, Tan
Favorite Quote:
The difficult we do right away. The impossible takes a little longer.

Donald "Duck" Porter was born in Chicago, Illinois, on November 22, 1936. The son of a teacher and a steel worker, Porter's family moved from Chicago to nearby Gary, Indiana, in 1951, where he finished high school in 1956.

The Spaniels, the musical group to which Porter would eventually belong, formed in 1952 along with Vee-Jay Records. Porter joined The Spaniels four years later, and continued to sing and tour with the group for the next three years. The Spaniels went on to become widely regarded as one of the greatest doo-wop groups of the 1950s, and their 1954 hit, "Goodnight, Sweetheart, Goodnight," was featured in several movies, including American Graffiti and Three Men and a Baby. Porter and the rest of the group toured the country with other popular acts, such as Little Richard and Chuck Berry, until the group disbanded in 1959.

Porter went to work for Acme Steel Company as a crane operator after The Spaniels broke up, where he remained until 1963; he spent the next decade working as a bookbinder. In 1973, The Spaniels re-formed and toured until 1988. After leaving the tour circuit, Porter worked as the head of security for the First Church of Christ, Scientist, in Boston; he also traveled the country, speaking about the music of the 1950s. The Spaniels reunited again to appear as the closing act of a PBS concert special, Doo Wop 50: Celebrating Five Decades of Street Corner Harmony; the special generated more money than any other PBS special to date.

In addition to his professional activities, Porter raised seven children.

See how Donald "Duck" Porter is related to other HistoryMakers
Donate Now
Click Here To Explore The Archive Today! 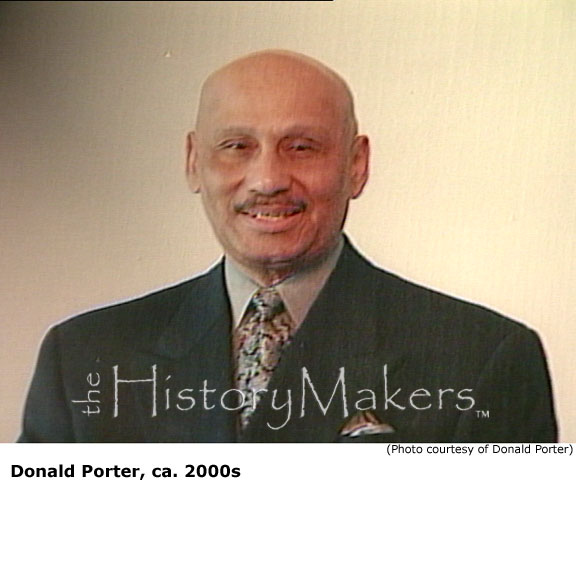 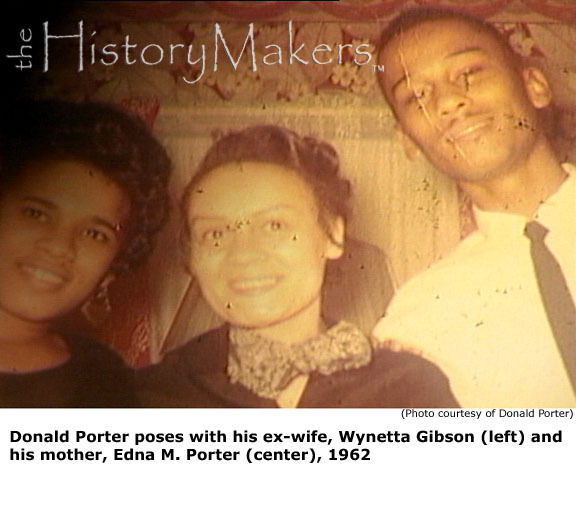