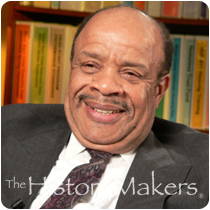 Distinguished professor of sociology Donald Ray Carpenter was born on September 27, 1943 in Tyler, Texas to Modestine Truesdale Carpenter. In the absence of his father, he was raised by his grandmother, a Seventh Day Adventist. As a youth, Carpenter moved to Ogden, Utah, a city known for its historical involvement as a railroad town saturated with black night life, when his stepfather, John Carpenter, a radio repairman, was hired at Hill AFB near Ogden. Carpenter attended T.J. Austin Elementary School before graduating from Ogden High School in 1962. He performed as an organist and pianist for New Zion Baptist Church for forty-seven years. Carpenter went on to enroll at Weber State University where he majored in sociology and minored in anthropology. While attending Weber State, Carpenter also earned a living by working for Wonder Bread Bakery and the U.S. Post Office.

In 1972, Carpenter entered the University of Utah where he pursued his M.S.W. degree in social work. Afterwards, he returned to his alma mater in 1973 and began teaching in Weber State’s Social Work/Gerontology Department. In 1974, he attended the summer institute at the University of Chicago where he studied curriculum development for social work education. Carpenter went on to further his education by earning his Ph.D. in cultural foundation of education in 1986. He was awarded tenure at Weber State University that same year, and in 1993, he became chair of the Department of Social Work and Gerontology at Weber State University.

After retiring in 2003, Carpenter became the Administrator/Head Start Director of the Ogden/Weber Community Action Partnership, an organization that helps the disadvantaged on the local, state and federal levels. He has received many awards and recognitions including: Social Worker of the Year, Utah Chapter of NASW, 1998; 33 Degree Mason, 1988; Past Master of Mt. Ogden Lodge #20, Ogden, Utah; Past Commander-in-Chief of Ben Lomond Consistory, Ogden, Utah; Past Potentate of Rabbak Temple #218, Ogden, Utah and LCSW Social Worker, State of Utah.

Carpenter has been married to the former Elizabeth Ann Washington for forty-six years. Together they have two daughters, Tamera Lynn and Leslie Ann, three grandchildren and one great-grandchild.

Carpenter was interviewed by The HistoryMakers on March 14, 2008.