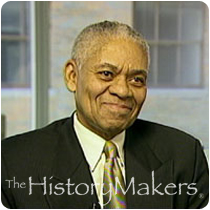 See how Donald C. Richards is related to other HistoryMakers
Donate Now

A leading proponent of diversity and affirmative action in the marketing and entertainment industries, advertising executive Donald C. Richards was born in Chicago on February 24, 1938. Richards earned a B.A. in anthropology from the University of Chicago in 1959.

Richards taught high school for a year in Chicago before returning to the University of Chicago to earn his M.A. in history in 1962. He then spent three years at IBM as a systems manager before joining Leo Burnett Worldwide, one of the world's largest advertising agencies, in 1966. During his twenty-two years at Leo Burnett, Richards became the company's first African American vice president and managed accounts for such clients as Proctor and Gamble, McDonald's, Pillsbury and United Airlines. In his thirty years in advertising, Richards also worked on projects for Coca-Cola and Anheuser-Busch. He returned to Leo Burnett in 1990 to manage the company's global diversity program.

After serving as president of D.C. Richards & Associates, an ad agency specializing in multicultural marketing, Richards joined the Screen Actors Guild in New York as its associate national director of affirmative action and diversity. Richards develops and promotes educational programs, conferences and workshops designed to raise diversity awareness across the entertainment industry. He also works with professional associations of broadcasters and recording artists to help increase minority participation.

See how Donald C. Richards is related to other HistoryMakers
Donate Now
Click Here To Explore The Archive Today!