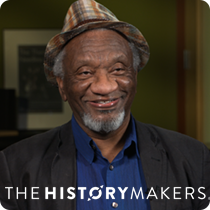 "Time To Make The Donuts"

Choreographer Donald Byrd was born on July 21, 1949 in New London, North Carolina to Emmarine Clark and Jeter Byrd, Jr. Byrd graduated from Pinellas High School in Clearwater, Florida in 1967, and enrolled at Yale University in New Haven, Connecticut. In the following year, he transferred to Tufts University in Medford, Massachusetts. In 1969, he left Tufts University and moved to New York City, where he studied at The Ailey School for two years. In 1974, he returned to Tufts University to earn his B.A. degree in drama.

In 1972, Byrd was a member of the Twyla Tharp dance group. He later joined Gus Solomons, Jr.’s dance company in 1976, and moved to California to work as a dance instructor at The California Institute of the Arts in Santa Clarita, California, where Solomons was named dean of the dance program. In 1978, Byrd founded the Donald Byrd/The Group dance company. Byrd served as the company’s choreographer, and incorporated classical ballet, modern dance, and urban street dancing into the pieces. Byrd returned to New York City in 1983, and established the Donald Byrd Dance Foundation in 1985. In 1987, he choreographed the dance piece Crumble for the Alvin Repertory Company, followed by Shards, a work he choreographed for the Alvin Ailey American Dance Theater. In 1990, the Donald Byrd/The Group premiered Prodigal, which was inspired by George Balanchine’s Prodigal Son. Byrd went on to debut Minstrel Show in 1991, Drastic Cuts in 1992, Bristle in 1993, and Domestic Violence Project and The Harlem Nutcracker in 1994. Over his career, Byrd has choreographed over eighty dance pieces and toured throughout the United States and Europe. In 2002, he became the artistic director of the Spectrum Dance Theater.

Byrd has received numerous honors including the 1992 Bessie Award for Minstrel Show and the Emerging Dance Award from the Metropolitan Life Foundation. He has also taught at the University of California-Santa Cruz, Ohio University, and Wesleyan University, and served on the board of directors of the Dance Theater Workshop and Dance USA.

Donald Byrd was interviewed by The HistoryMakers on October 4, 2017.