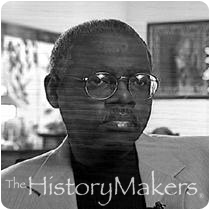 See how Donald Baker is related to other HistoryMakers

Celebrity photographer Donald Lee Baker was born on June 4, 1949 in Washington, D.C. He and his twin brother, Ronald, were adopted as infants by Bernice and Oscar Baker. His mother was a government worker and his father also worked for the government and operated a watch repair business. He was educated in Washington, D.C. public schools. Baker earned his high school diploma from Anacostia High School in 1967, a year after his twin brother, because he was retained in the third grade. While in high school he was a member of the chorus, drama club and Junior Reserve Officers Training Corps (JROTC).

After graduation, Baker worked as a dishwasher in a restaurant and for a printing company. From 1969 through 1999 he worked for AT&T telephone company, which was later bought by Verizon. He started out in the mailroom and was quickly promoted to a service representative and later into a management position. Still grieving over the death of his mother and father, who had died within six months of one another in 1969, Baker and his twin were drafted into the military. From 1971 through 1973, Baker served in the army and was stationed at Fort Carson, Colorado. After his honorable discharge from the army he returned to the telephone company and began working as disc jockey and photographer in his spare time.

In 1975, Baker opened his photography and videography business. He met many of his photography clients through his disc jockey assignments and would often take photos in between playing songs at various clubs and events. His portfolio includes photographs of celebrities, politicians and prominent business leaders such as Gordon Parks, Howard Cosell, Stephanie Mills and Donna Summer.

Baker and his brother, also a photographer, are currently working on a book highlighting their work.

Baker was interviewed by The HistoryMakers on June 22, 2004.

See how Donald Baker is related to other HistoryMakers
Click Here To Explore The Archive Today!