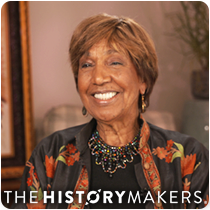 "I Gotta Take Care of Me"

Talent manager Dolores Robinson was born on April 13, 1936 in Penllyn, Pennsylvania. After graduating from Ambler High School in 1954, she earned her B.A. degree from West Chester Teachers’ College in Chester County, Pennsylvania in 1958.

Robinson worked as a public school teacher in Philadelphia before she became a public relations director and on-air personality for WCAU-TV and later served as a publicity director for KYW-TV in Philadelphia. In 1974, Robinson relocated with her family to Los Angeles where she was hired as a receptionist at a talent agency, and was then promoted to agent. In 1976, she founded her own management company, Dolores Robinson Entertainment and her first client was LeVar Burton. She also helped launch the careers of Martin Sheen, Mark Wahlberg, Jada Pinkett Smith, Emilio Estevez, and, her daughter, Holly Robinson Peete. Her other clients included, Wesley Snipes, Linda Fiorentino, Kadeem Hardison, Jason Patric, Randy Quaid, Elisabeth Shue, Powers Booth, John Henton, Rosie Perez and Pierce Brosnan.

In 1996, Robinson served as an executive producer of the television series Matt Waters starring Montel Williams, and a pilot for ABC starring NBA Hall of Famer George Gervin. She also executive produced the Fox/UPN show Between Brothers starring Kadeem Hardison. In 2014, Robinson was hired to represent Little League World Series star Mo’ne Davis. She also managed the music career of her granddaughter, Ryan Peete. In 2016, Robinson appeared in For Peete's Sake, an American reality television series starring her daughter, Holly Robinson Peete, Rodney Peete, and their four children, which ran for two seasons, from 2016 to 2017. In 2018, she served as consulting producer on the Hallmark Channel series Meet The Peetes, also starring her daughter’s family.

Robinson was the recipient of the Judy & Hilary Swank Award for Parenting presented
at the Actors Fund 2017 Looking Ahead Awards.

Dolores Robinson was interviewed by The HistoryMakers on December 11, 2018.