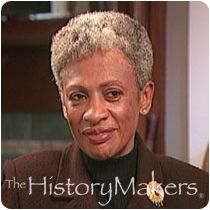 See how Dolores E. Cross is related to other HistoryMakers
Donate Now

Celebrated educator and university administrator Dolores Cross raised the bar of institutional performance as the first female president of both Morris Brown College in Atlanta and Chicago State University. Born to Ozie and John Tucker on August 29, 1938, in Newark, New Jersey, Dr. Cross's early education took place in Newark's public school system. After receiving her B.S. in education from Seton Hall University in 1963, Dr. Cross furthered her education by gaining her M.S. in education from Hofstra University and later her Ph.D. from the University of Michigan.

Throughout her career, Dr. Cross has been consistent in her commitment to educational excellence. While earning her B.S. as a young mother, she overcame negative societal attitudes about race and gender. After completing her Ph.D. in 1971, Cross went on to make a critical impact in institutions of higher education. She has since served as an associate professor of education at Claremont University in California, vice chancellor for student affairs and special programs at City University of New York, president of the New York State Services Corporation, and as president of Morris Brown College and Chicago State University. In addition to her earned degrees, she has received more than eight honorary degrees from various universities and has served on numerous national and international associations and boards, including the American Council on Education and the Institute for International Education.

Ending her tenure at Morris Brown in the summer of 2002, Dr. Cross continued her commitment to education by acting as chairperson of the American Association of Higher Education. She chronicled her life story in a memoir entitled, Breaking Through the Wall: A Marathoner's Story published by Third World Press. Dr. Cross had two adult children, Jane Cross and Thomas Cross, Jr.

See how Dolores E. Cross is related to other HistoryMakers
Donate Now
Click Here To Explore The Archive Today! 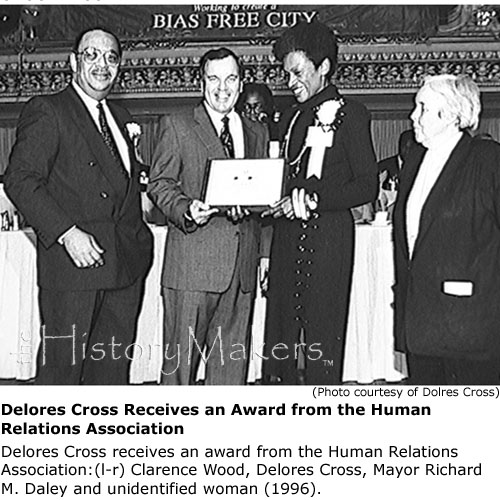