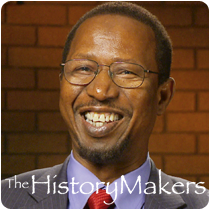 See how Diola Bagayoko is related to other HistoryMakers

Scientist and educator Diola Bagayoko was born on December 12, 1948, and earned his B.S. degree in chemistry and physics from the Ecole Normale Superieure (ENSup) in Mali, West Africa in 1973. Prior to that, he received formal training in the theory and practice of teaching and learning from ENSup. During his undergraduate education, Bagayoko also taught high school physics and chemistry in Sikasso, Mali, West Africa. In 1978, Bagayoko received his M.S. degree in solid state physics from Lehigh University, and in 1983, he earned his PhD degree in theoretical solid state physics form Louisiana State University. After earning his PhD degree, Bagayoko served as a physics lecturer at the University of Benghazi in Libya, North African. In 1984, Bagayoko became an assistant professor of physics Southern University in Baton Rouge Louisiana. He was promoted to associate professor in 1989.

In 1990-91, Bagayoko established the nationally Timbuktu Academy in Baton Rouge, using experience gained through his years of mentoring. The Timbuktu Academy is a program and resource center based at Southern University that offers pre-college and undergraduate students a chance to pursue scientific fields. Funding comes from the Office of Naval Research, the Department of the Navy, and the National Science Foundation (NSF), among others. Bagayoko has also served as director of the academy since its inception. In 1999, Bagayoko was promoted to distinguished professor in f physics and beginning in 2002, he also served as adjunct professor of mathematics and science education.

In addition to his teaching and mentoring, Bagayoko worked as a consultant for several organizations, including the Southern Regional Education Board (SREB) and the United Nations Education, Scientific, and Cultural Organization (UNESCO). Bagayoko as published over eighty scientific research articles on condensed matter physics and properties of metals, as well as over fifty papers concerning science education. Diola Bagayoko works in Baton, Rouge, Louisiana, with his wife, who is also on the faculty at Southern University.

Diola Bagayoko was interviewed by The HistoryMakers on August 18, 2012.

See how Diola Bagayoko is related to other HistoryMakers
Click Here To Explore The Archive Today!