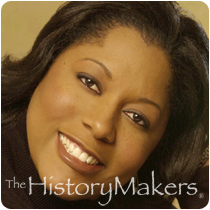 Andrews, a California native, is one of three children born to Mrs. Vera Jackson Andrews of Senatobia, Mississippi. She graduated from William Workman High School in the City of Industry, California in 1975 and attended California State University in Fullerton, California, where she majored in business administration with a minor in communications. In 1978, Andrews was hired at Solar Records/Dick Griffey Productions as an administrative assistant. She became a manager and served in several positions in the company; as the company’s music production manager, A & R director, sales coordinator, publishing administrator and international liaison, until, she was dismissed in 1983 and informed that she should pursue her entrepreneurial skills. Andrews was pursued by Jimmy Jam and Terry Lewis, the music production duo behind such talents as Janet Jackson. She helped to manage their careers and assisted them in establishing the multi-million dollar production company, Flyte Tyme Productions.
Andrews, then, worked with executive producer Suzanne dePasse & Burl Hechtman with the production of the television show, Nightlife at Motown Productions in Hollywood, California from 1985 to 1987. She joined Cole Classic Management as an associate manager from 1988 to 1990, seeking recording, production and publishing deals for clients. Andrews was then commissioned to work as General Manager of the production company, Pebbletone, PT Entertainment from 1992 to 1993.
Under Dina Andrews Management, Inc., Andrews has worked with songwriters/producers Derek Bramble (David Bowie and Vanessa Williams), Alton “Wokie” Stewart (Stephanie Mills and Keith Sweat) and Alvin Speights (Madonna, Dallas Austin and Toni Braxton). From 1994 to 1998, she negotiated the production and publishing deals for Gospel songwriter/producer/recording artist, Percy Bady through Knew Beginnings Entertainment. In 2003, Andrews introduced two divisions of Knew Beginnings: Romans 8 28 4 Us Music Publishing and Knew Records, Inc.

Andrews is currently working on a film, Confidence or Love and two books. One book chronicles her life story, and the second is a practical look inside the music industry. She has been a voting member of NARAS-Grammy for twenty years, received numerous gold and platinum awards, is active in building Stand 4 Agape Youth Entertainment and serves on several of the Atlanta Bureau of Cultural Affairs Steering Committees.

Andrews resides in Atlanta with her grandmother, Biggie.

See how Dina Ruth Andrews is related to other HistoryMakers
Donate Now
Click Here To Explore The Archive Today!