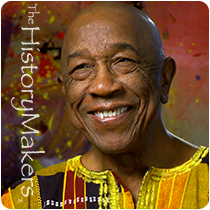 See how Dick Griffin is related to other HistoryMakers

Composer, trombonist and artist Dick Griffin was born in Fannin, Mississippi on January 28, 1940. He began playing the trombone in the seventh grade and sang in a doo-wop group as a teenager. His first professional break came while he was still in high school, when his group, the Sputniks, was selected to open for Sam Cooke. He graduated from Jackson State University in 1963 and later earned his M.S. degree in music education and trombone from Indiana University.

In the mid-1960s, Griffin performed with the Sun Ra Arkestra and began a longtime collaboration with saxophonist Rahsaan Roland Kirk. His first album with Kirk was The Inflated Tear, which came out in 1968. Griffin has also worked with many other musicians, including Charles Mingus, Duke Ellington, Ella Fitzgerald, Marvin Gaye and Michael Jackson. Griffin released his first album as a leader, The Eighth Wonder, in 1974. This was followed by Now is the Time in 1979, A Dream For Rahsaan in 1985, All Blues in 2003, and Time Will Tell in 2011. He has played at such prestigious events as the 1980 Olympics, and with symphony orchestras such as the Harlem Philharmonic and the Symphony of the New World. He has also performed in several Broadway shows, including The Wiz, Me & Bessie, Raisin, and Lena (starring Lena Horne). He has made television appearances in the United States on shows such as "The Today Show", "Soul", "Faces", "The Ed Sullivan Show", and "Like It Is". In the 1980s, Griffin composed World Vibration Suite, which was premiered by the Brooklyn Philharmonic.

In addition to playing music, Griffin has also served as a professor of music. He has taught at Wesleyan University and the State University of New York at Old Westbury. Griffin is also an accomplished painter. He has had group and solo exhibitions in cities all over the world, including Vienna, Tokyo, and Nairobi.

Dick Griffin was interviewed by The HistoryMakers on February 19, 2014.

See how Dick Griffin is related to other HistoryMakers
Click Here To Explore The Archive Today! 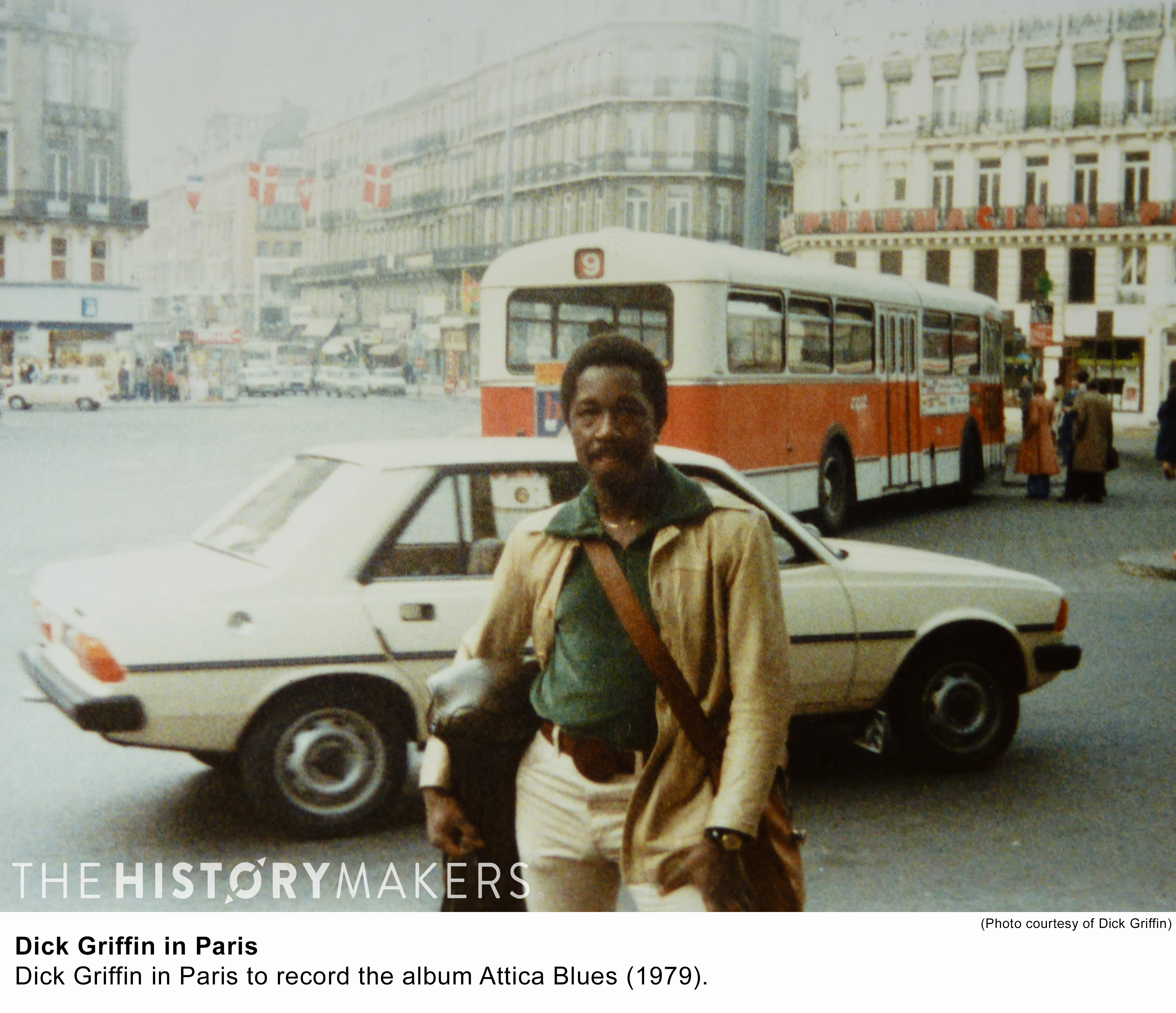 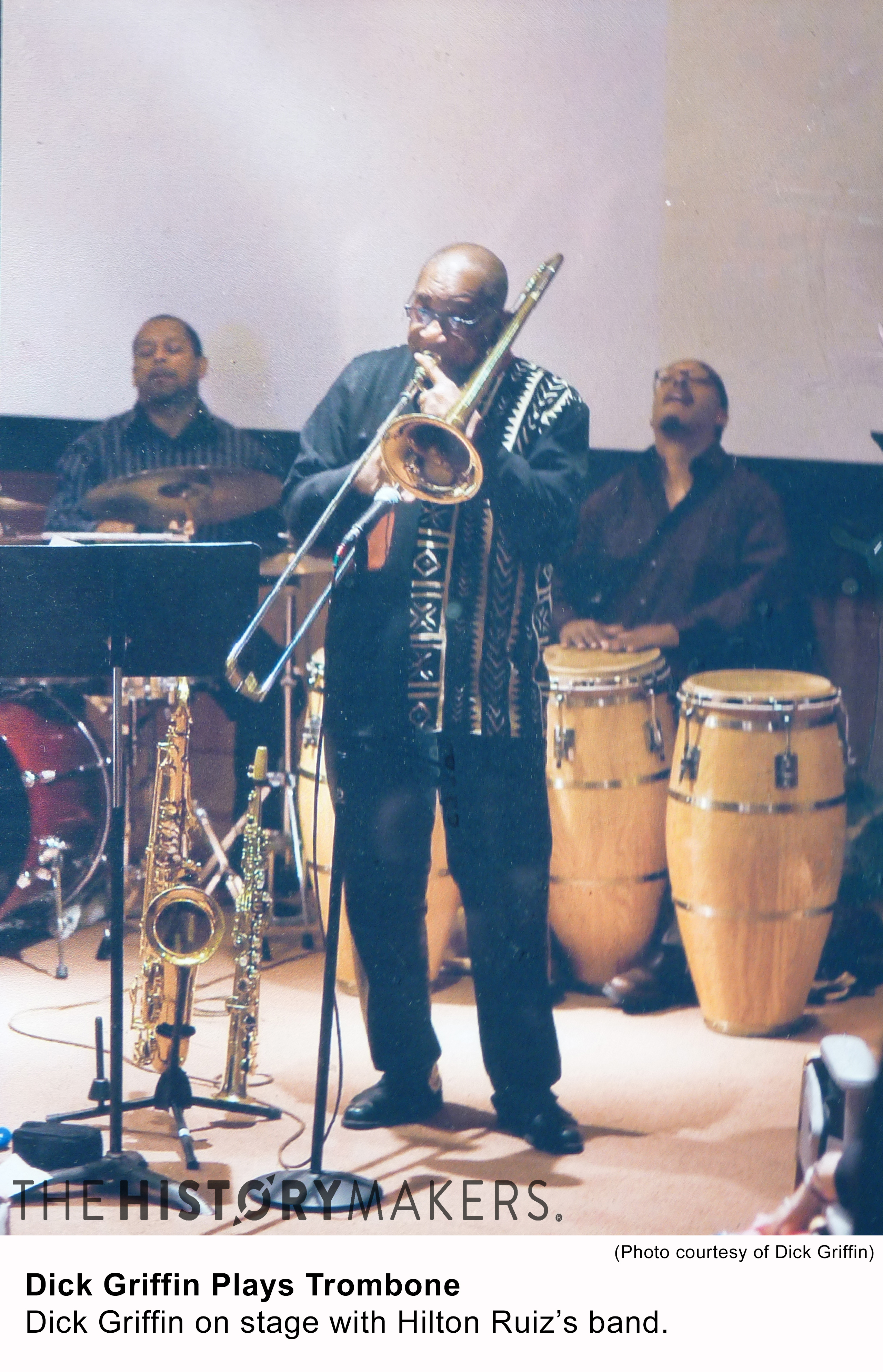