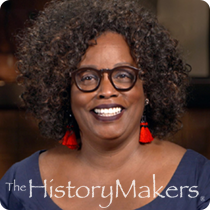 See how Dianne Reeves is related to other HistoryMakers

Jazz singer Dianne Reeves was born on October 23, 1956 in Detroit, Michigan. Her father passed away when she was two years old, leaving Reeves to be reared by her mother, Vada Swanson, and maternal family members in Denver, Colorado. Reeves’ uncle, Charles Burrell, was a bassist in the Colorado Symphony who introduced Reeves to jazz. While attending Denver’s George Washington High School, Reeves sang in a big band that performed at the National Association of Jazz Educators’ convention, where Reeves was discovered by her future mentor, jazz trumpeter Clark Terry. After high school, Reeves briefly studied music at the University of Colorado, before moving to Los Angeles, California in 1976.

In Los Angeles, Reeves studied with vocal coach Phil Moore, and performed with Caldera’s Eddie del Barrio, jazz pianist Billy Childs, and her cousin, George Duke. In 1981, Reeves toured internationally with Brazilian musician Sergio Mendes. Her first album, Welcome to My Love was released by Palo Alto Records in 1982. Then, between 1983 and 1986, Reeves toured as a lead vocalist with Harry Belafonte, who introduced her to West African and West Indian rhythms. She signed with Blue Note Records in 1987, and released Dianne Reeves, an album that held the number one spot on contemporary jazz charts for eleven weeks. Reeves released a series of albums with Blue Note, including I Remember, Never Too Far, Art & Survival, Quiet After the Storm, The Grand Encounter, That Day... and Bridges.

Starting in 2001, Reeves received Grammy Awards for Best Jazz Vocal Performance for her consecutive albums, In the Moment -- Live in Concert, The Calling: Celebrating Sarah Vaughn, and A Little Moonlight, produced by Arif Mardin. Reeves appeared as a jazz singer in George Clooney’s historical drama, Good Night, and Good Luck; and recorded the soundtrack for which she received her fourth Grammy for Best Jazz Vocal in 2006. Beautiful Life, produced by Terri Lyne Carrington and released by Concord Records in 2014, featured covers of songs by Bob Marley, Fleetwood Mac and Marvin Gaye, and guest artists such as Esperanza Spalding, Gregory Porter, Lalah Hathaway and Robert Glasper. Reeves received the 2015 Grammy Award for Best Jazz Vocal Performance for the album.

Reeves recorded and performed with Wynton Marsalis, the Lincoln Center Jazz Orchestra and the Chicago Symphony Orchestra, and sang as the featured soloist with Sir Simon Rattle and the Berlin Philharmonic. Reeves was also the first vocalist to perform at the famed Walt Disney Concert Hall; and she performed at the White House on multiple occasions such as President Barack Obama’s State Dinner for the President of China as well as the Governor’s Ball. Reeves was a recipient of honorary doctorate degrees from the Berklee College of Music and the Julliard School. In 2018, the National Endowment for the Arts designated Reeves a Jazz Master – the highest honor the United States bestows on jazz artists.

Dianne Reeves was interviewed by The HistoryMakers on September 24, 2016.

See how Dianne Reeves is related to other HistoryMakers
Click Here To Explore The Archive Today!