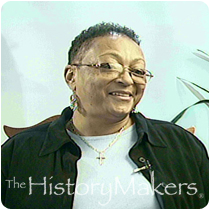 Diane McCoy-Lee was born on February 3, 1947 in Chicago, Illinois to Charles and Dimples McCoy. After graduation from high school in 1966, she attended the University of Southern Illinois for a brief period. McCoy then married a service man that she had known and dated since they were freshmen in high school. She earned her B.A. degree in sociology in 1981 from Chicago State University’s University Without Walls program. In 1988, McCoy earned her M.A. degree from the School of Social Service Administration at the University of Chicago.

McCoy’s first observation of family violence was an incident she observed between her parents prior to their divorce. In 1978, McCoy’s life experience as a battered wife with children led her to work as a volunteer addressing the issues of battered women. She is a founding member of the Chicago Abused Women’s Coalition and served on its Board of Directors from 1978 to 1986. In 1982, McCoy developed and directed the first hospital based crisis intervention program for battered women at Jackson Park Hospital in Chicago. From 1989 through 1992, McCoy worked with the Council on Battered Women, in Atlanta, as the Client Service Manager and served as Acting Director of the agency for a brief period.

From 1990 until 1992, she served as Supervisor of Foster Care for Ada S. McKinney. From 1992 until the present, McCoy serves as curriculum writer for the Georgia Department of Human Resources – Department of Family and Child Services.

Married to Robert C. Lee since 1986, they are the parents of three adult children, one of whom is deceased, and six grandchildren. They reside in Atlanta, Georgia.

See how Diane McCoy-Lee is related to other HistoryMakers
Donate Now
Click Here To Explore The Archive Today!