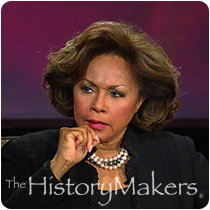 Diahann Carroll is the consummate entertainer. So varied and dynamic are her gifts that she continually astounds fans and critics alike with her versatility and magnetism. She is one of America's major performing talents appearing in nightclubs, the Broadway stage, a Las Vegas headliner, motion pictures and television. Diahann Carroll is a Tony Award winner, an Emmy and Grammy nominee, a Golden Globe winner and a Best Actress Oscar nominee.

Her television nominations go back to 1963 and in 1968, Diahann Carroll became the first black actress in television history to star in her own series, Julia for NBC, which soared to the top of the Nielsen rating and received an Emmy nomination in its first year on the air. In 1989 she was nominated for an Emmy Award for the successful NBC TV series, A Different World, as outstanding actress in a comedy series. In 1984 Diahann Carroll became the first black actress to star in the award winning nighttime series Dynasty, which is still in syndication all around the world.

She had a recurring role in Showtime’s hit series Soul Food, playing the outspoken “Aunt Ruthie”, for which she was nominated twice for a NAACP Image Award. She guest starred in Lifetime TV’s Strong Medicine and in NBC’s TV show Whoopi, playing Whoopi Goldberg’s mother. In 2004 she starred on stage in the musical “Bubbling Brown Sugar” receiving critical acclaim.

In October of 1995 she starred on stage as ‘Norma Desmond’ in the Toronto premiere of Andrew Lloyd Webber's hit musical Sunset Boulevard, staged by director Trevor Nunn and the show's entire original creative team. Hailed by the press as "the ultimate Norma Desmond", Diahann Carroll played to sell-out crowds and her Canadian cast recording outsold all other recordings of the show.

Diahann made her Broadway stage debut starring in Harold Arlen and Truman Capote's House of Flowers and after seeing her in this production, Richard Rodgers created the Broadway production No Strings as a starring vehicle for Miss Carroll, for which she won the Tony Award. She also starred on Broadway in the award winning play Agnes of God.

She is an award winning actress, a successful entrepreneur, a devoted humanitarian... indeed Diahann Carroll is a legend.