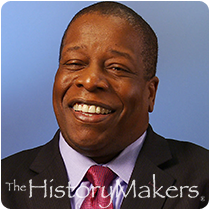 Publishing executive Derek T. Dingle was born on November 2, 1961 in New York City. He graduated from Norfolk State University with a B.A. in journalism and also completed the Magazine Management Program at New York University.

Dingle joined Black Enterprise magazine in 1983 as an assistant editor and was promoted six months later to associate editor. After he completed the New York University magazine management program in 1985, he was made a senior editor. In 1987, Dingle was promoted once again to managing editor, a position he held until 1990. He then joined the staff of Money magazine, where he wrote articles about mutual fund investment and served as senior writer and a member of the planning team for Money Special on Small Business. In 1991, Dingle co-founded Milestone Media Inc., the nation's largest black-owned comic book company, with childhood friends Denys Cowan, Dwayne McDuffue, Michael Davis and Christopher Priest. After resigning from Money magazine in 1992, he was named Milestone’s president and CEO. One Milestone character, Static Shock, was developed into an animated series that ran from 2000 to 2005 on the WB Network and the Cartoon Network. In December of 1999, Dingle returned to Black Enterprise magazine as editor-at-large. Within a year, he was promoted to vice president and executive editor, serving until July of 2008. That year, Dingle was appointed as the senior vice president and editor-in-chief of Black Enterprise magazine, where he was responsible for the strategic planning and editorial direction of the magazine. In 2014, Dingle was named a Chief Content Officer of Black Enterprise. In this capacity, he oversaw content development and strategy for the "Black Enterprise Entrepreneurs Conference Expo," as well as other custom events, including the Black Enterprise/Walmart 20/20 Vision Forum on Supplier Diversity, the Black Enterprise/Bill & Melinda Gates Foundation Education Symposium Series, the American black Film Festival, and the Baltimore African American Film Festival. In addition, Dingle had executive oversight of both Black Enterprise television shows: "Black Enterprise Business Report" and "Our World with Black Enterprise."

Dingle authored countless Black Enterprise magazine cover stories and editorials and appeared as a business expert on numerous television networks and radio programs, including CNN, CNBC, NBC's "Weekend Today," and National Public Radio. An award-winning editor, Dingle is the author of three books: Black Enterprise Titans of the B.E. 100s: Black CEOs Who Redefined and Conquered American Business (1999), Black Enterprise Lessons from the Top: Success Strategies from America’s Leading Black CEOs (2007), and First in the Field: Jackie Robinson, Baseball Hero (1998), which received a 1999 International Reading Association Award. Dingle serves as a general member of the National Association of Black Journalists (NABJ) and the American Society of Magazine Editors (ASME). He also serves as a member of the board of directors for Norfolk State University's School of Communications, and on the advisory board for the New York Urban League’s Manhattan Chapter.