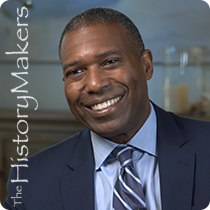 Lawyer Tony West was born on August 12, 1965 in San Francisco, California to Franklin West and Peggy West. He grew up in San Jose, California and graduated from Bellarmine College Preparatory School in 1983. West earned his B.A. degree in government from Harvard University in 1987; and his J.D. degree from Stanford University in 1992.

West first became involved in politics in 1976, when he worked with his father on President Jimmy Carter’s presidential campaign. In 1988, he worked as the chief of staff to the treasurer of Massachusetts Governor Michael Dukakis’ presidential campaign. In 1992, he was hired as an associate at Bingham McCutchen’s office in San Jose. In 1993, he joined the United States Justice Department as part of the Clinton administration and served as special assistant to the Deputy Attorney General. West was then hired as an Assistant U.S. Attorney in the Northern District of California the following year. In 1999, he became a Special Assistant Attorney General in California. West then joined Morrison & Foerester LLP as a litigation partner in 2001, where he defended the “American Taliban” John Walker Lindh in federal court. He became active in the Obama campaign in 2007 and co-chaired the fundraising committee for California. Two years later, West was appointed as Assistant Attorney General for the Civil Division of the U.S. Department of Justice by President Obama, the first African American to hold that position. During the next four years, he rose to the position of Associate Attorney General of the United States under Attorney General Eric Holder. In 2014, West left his public service career and became the executive vice president of governmental affairs, general counsel, and corporate secretary for PepsiCo, Inc. In 2017, he became general counsel for Uber. During his career, West was also featured as a legal analyst for ESPN, CBS-5, CNN, and many other media networks.

In 2004, West was named as one of California’s “Top 20 Lawyers under 40” by The Daily Journal. He also received the Edmund J. Randolph Award, the Department of Justice’s highest honor, in 2014.

West and his wife, Maya, have one daughter, Meena Harris.