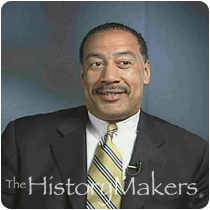 Author of Think and Grow Rich: A Black Choice, Dennis Kimbro was born December 29, 1950, in Jersey City, New Jersey. In 1972, he received his B.A. and M.A. degrees from the University of Oklahoma. He later earned his PhD in political science at Northwestern University, researching wealth and poverty in underdeveloped countries.

Kimbro wrote Think and Grow Rich: A Black Choice as an updating and extension of the work of Napoleon Hill, who wrote the 1937 bestseller Think and Grow Rich after researching the practices of highly successful persons, and who left at his death an unfinished manuscript directed towards African Americans. Kimbro was commissioned by the Napoleon Hill Foundation to complete the manuscript. Published in 1991, Kimbro and Hill's book became a number-one bestseller.

Clients of Kimbro’s lectures have included General Motors, Walt Disney, Frito-Lay and Wells Fargo. He has appeared on television shows including Today and CNN’s Larry King Live, and in publications including Success, The Wall Street Journal, The New York Times and USA Today. He is listed in Who’s Who in Black America; a recipient of the Dale Carnegie Achievement Award; and a past Director of the Center of Entrepreneurship at Clark Atlanta University. In addition, in 1996, he served as one of eight national judges for the prestigious Ernst & Young USA Today Entrepreneur of the Year, held in Palm Springs, California.

In 2005, Kimbro’s second edition of What Keeps Me Standing: A Black Grandmother’s Guide to Peace, Hope & Inspiration was released. He is married, lives in Atlanta and is the father of three daughters.

See how Dennis Paul Kimbro is related to other HistoryMakers
Donate Now
Click Here To Explore The Archive Today!