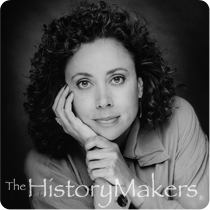 See how Denise Nicholas is related to other HistoryMakers

Actress and fiction writer Denise Nicholas was born Donna Denise Nicholas on July 12th in Detroit, Michigan to Louise and Otto Nicholas. She grew up in Milan, Michigan, just south of Ann Arbor. After she graduated from Milan High School, she attended the University of Michigan. In 1963, she met Gilbert Moses, then a stage actor. The two married, and in 1964, Nicholas and Moses moved to Jackson, Mississippi.

Nicholas joined Moses’ Free Southern Theater and with a small troupe of actors performed significant plays for rural African-American audiences many of whom had never seen live theater before. They toured Ossie Davis’ Purlie Victorious, Samuel Beckett’s, Waiting for Godot as well as an Evening of Poetry and Song. Their production of In White America toured not only in Mississippi and Louisiana, but also in New York City. In 1965, the theater company moved its base of operations to New Orleans, Louisiana. Nicholas separated from Moses and the two were divorced in 1966.

Nicholas then moved to New York City and, in 1967, was one of the first members of the famous Negro Ensemble Company. She studied with dance instructor Louis Johnson and voice instructor Kristin Linklater and performed in a production of German dramatist Peter Weiss’ Song for Lusitanian Bogey. The following year, she acted in a number of plays with the company, including Summer of the Seventeenth Doll, Kongi’s Harvest and Daddy Goodness. That same year, Nicholas was cast in her first television role, as a character on the ABC-TV series It Takes a Thief, an action-adventure series that aired until 1970.

In 1969, she was cast as “Liz McIntyre” on the popular television series Room 222, about an American history class at Walt Whitman High School in Los Angeles, California. The following year, she was nominated for an Emmy Award and two Golden Globes for her work on Room 222. Nicholas also received four NAACP Image Awards during her career. In 1972, she was cast in Blacula, a blaxploitation horror movie based on Dracula with William Marshall playing the title character. Throughout the 1970s, she continued to take prominent roles in films, including a series of movies with Sidney Poitier and Bill Cosby that included 1975’s Let’s Do It Again and 1977’s A Piece of the Action.

In 1981, she married Jim Hill, a Los Angeles sportscaster with KCBS-TV. In the early 1980s, she continued working on the stage, and was featured in Voices of Our People: In Celebration of Black Poetry for PBS. In 1987, Nicholas earned her B.A. degree in drama from the University of Southern California, and began teaching at the college that same year. In 1988, she returned to television, starring in In the Heat of the Night as Harriet DeLong, and in 1991 began writing for the program as well. In 1990, Nicholas again starred alongside Bill Cosby in Ghost Dad.


Denise Nicholas was interviewed by The HistoryMakers on May 19, 2007.

See how Denise Nicholas is related to other HistoryMakers
Click Here To Explore The Archive Today!