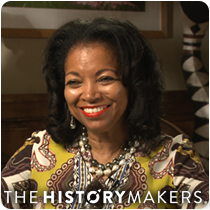 "If You Can Conceive It, You Can Achieve It."

Civic leader Denise Bradley-Tyson was born on December 5, 1958, in Chicago, Illinois to Lacey Bradley and Howard Bradley. Her family moved to Newark, Ohio, where she was raised, and where she graduated from Newark High School in 1977. Bradley-Tyson earned her B.A. degree in economics and communications from Stanford University in 1981, beginning her career in marketing and communications for HBO and Levi Strauss & Co. before attending Harvard Business School, where she earned her M.B.A. degree in 1986.

Bradley-Tyson worked as the business manager for CBS News’ Chicago Bureau until 1991, when she was recruited by Paramount Pictures to work on production finance for “The Arsenio Hall Show.” In 1993, Bradley-Tyson successfully pitched QVC on its first African-themed merchandising program, “The African Marketplace.” She moved on to Warner Brothers’ consumer products division as brand licensing manager, where she developed the merchandising strategy for Michael Jordan’s film, Space Jam. She would become director of international marketing for Warner Brothers, supporting the firm’s international offices and developing their marketing campaigns. She moved to London in 2000, where she was recruited by the Southbank Centre, Europe’s largest centre for the arts, to oversee audience development for the largest African contemporary art exhibition in Europe, “Africa Remix.” During her time in London, she also served on the steering committee of the Arts Council England under Prime Minister Tony Blair. Bradley-Tyson left London in 2005 when she was recruited to become the founding executive director of the Museum of the African Diaspora in San Francisco, California. She brought the museum national and international recognition in its inaugural years. In 2015, Bradley-Tyson founded Inspired Luxe, an online curated shopping company.

Bradley-Tyson has garnered several honors in her career both for her business and marketing acumen, as well as her passion for the arts. She was presented a "Profile of Excellence" award by ABC-7, San Francisco, featured as a role model in Morrie Turner's syndicated cartoon, "Wee Pals," and named by the San Francisco Business Times as one of the Bay Area's Most Influential Women of 2007. Bradley-Tyson serves as President of the San Francisco Film Commission, and serves as Vice Chair of San Francisco Travel’s Tourism Diversity Committee.

Bradley-Tyson lives in San Francisco with her husband, Bernard Tyson, Chairman and CEO of Kaiser Permanente.

Denise Bradley-Tyson was interviewed by The HistoryMakers on December 17, 2015.