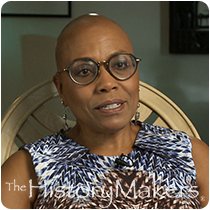 In 1970, Bridgewater met and married trumpeter Cecil Bridgewater and moved to New York City. She sang lead vocals for the Thad Jones/Mel Lewis Jazz Orchestra in the early 1970s, and appeared in the Broadway musical The Wiz from 1974 to 1976. Bridgewater also released her first album in 1974, entitled Afro Blue. Then, after touring France in 1984 with the musical Sophisticated Ladies, she moved to Paris in 1986 and acted in the show Lady Day. Bridgewater also formed her own backup group around this time and performed at the Sanremo Song Festival in Italy and the Montreux Jazz Festival in 1990. Four years later, she collaborated with Horace Silver and released the album Love and Peace: A Tribute to Horace Silver. She then released a tribute album, entitled Dear Ella, in 1997, and the record Live at Yoshi’s in 1998. Subsequent albums included This is New (2002); J'ai Deux Amours (2005); Red Earth (2007); and Eleanora Fagan (1915-1959): To Billie with Love from Dee Dee Bridgewater (2010). She has also performed with the Terence Blanchard Quintet at the prestigious John F. Kennedy Center for the Performing Arts in Washington, D.C., and opened the Shanghai JZ Jazz Festival in 2009. Bridgewater also appeared regularly at other music festivals and on numerous television shows, radio programs, and in feature films. She owns a production company and record label, and has hosted NPR’s syndicated radio show JazzSet with Dee Dee Bridgewater since 2001. In addition, Bridgewater served as a United Nations Ambassador for the Food and Agriculture Organization.

Bridgewater has received seven Grammy Award nominations and won three. She also won the 1975 Tony Award for Best Featured Actress in a Musical for her performance in The Wiz. Bridgewater was the first American to be inducted to the Haut Conseil de la Francophonie and has received the Award of Arts and Letters in France, as well as the country’s 1998 top honor, Victoire de la Musique.

Dee Dee Bridgewater was interviewed by The HistoryMakers on November 10, 2014.

See how Dee Dee Bridgewater is related to other HistoryMakers
Donate Now
Click Here To Explore The Archive Today!