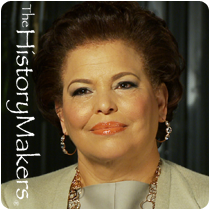 See how Debra Lee is related to other HistoryMakers
Donate Now

Media company chief executive Debra L. Lee was born on August 8, 1955 in Fort Jackson, South Carolina to Richard and Delma Lee. In 1972, Lee graduated from Greensboro-Dudley High School and later moved to the East Coast where she attended Brown University. During her junior year, Lee spent a year studying abroad in Southeast Asia in Thailand, Malaysia and Indonesia. In 1976, after receiving her B.A. degree in political science with an emphasis in Asian politics, Lee attended Harvard University. She simultaneously earned her M.A. degree in public policy from the John F. Kennedy School of Government and her J.D. degree from Harvard Law School in 1980.

Shortly after, Lee moved to Washington to complete a clerkship with the late Honorable Barrington Parker of the U.S. District Court for the District of Columbia. In 1981, she worked at the law firm, Steptoe & Johnson, as a regulatory lawyer. Five years later, Lee joined Black Entertainment Television (BET Networks) and created its legal department. During her tenure, Lee has played pivotal roles in the company's history, including executive vice president and general counsel of the legal affairs department; corporate secretary; and president and publisher of the publishing division. In 1996, Lee became president and chief operating officer; and, in 2005, she was named chairman and chief executive officer. During her tenure, BET enjoyed some of its most explosive growth in ratings, revenue and popularity. She led the network's evolution beyond its successful music programming into original movies, documentaries, concert specials, news, late-night talk shows and public policy coverage. Lee has also substantially expanded investment in marketing, advertising, digital, research and development.

Lee has been regarded as one of the country's top female executives and served on the corporate board of directors of global businesses including Marriott International, Revlon and Eastman Kodak Company. She has also been affiliated with several professional and civic organizations including the National Board of Directors for National Symphony Orchestra, the National Women's Law Center and the Alvin Ailey Dance Theater. Lee was also named Trustee Emeritus at Brown University, her alma mater.

Lee’s honors include the 2001 Woman of the Year Award from Women in Cable and Telecommunications and the 2003 Distinguished Vanguard Award for Leadership from the NCTA, a first for an African American female executive. Outside of the cable industry, Lee has also received special recognition, including the 2005 Madame C. J. Walker Award from Ebony magazine for best exemplifying the entrepreneurial spirit of the pioneering Black businesswoman.

Debra L. Lee was interviewed by The HistoryMakers on March 5, 2012.

See how Debra Lee is related to other HistoryMakers
Donate Now
Click Here To Explore The Archive Today!