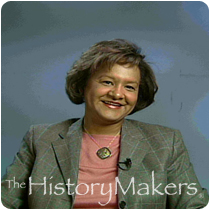 See how Deborah Wright is related to other HistoryMakers
Donate Now

Bank executive Deborah C. Wright was born in 1958, in Bennetsville, South Carolina to Harry C. Wright. Wright received her B.A. degree from Radcliffe College and earned a joint M.B.A and J.D. degree from Harvard University’s School of Business and School of Law.

After college, Wright worked as an associate in corporate finance at First Boston Bank. Finding the position unsatisfying, Wright left the bank in 1987 to take a position as the director of marketing for a building project in Harlem for The New York City Partnership, a business advocacy group in New York that promotes affordable-home ownership. In 1992, New York City Mayor David Dinkins appointed Wright to the New York City Housing Authority Board. Mayor Rudolph W. Giuliani promoted her Commissioner for Housing Preservation and Development in 1994. From 1996 through 1999, Wright served as the director for the Upper Manhattan Empowerment Zone Development Corporation, a post that would give her tremendous experience in bringing together community, civic, and private-sector interests to revitalize blighted urban areas. In 1999, Wright was named chief executive officer of Carver Bancorp, the parent company of Carver Federal Savings Bank and the largest African American-owned financial institution in the United States. Wright was chosen for her talents in coalition-building among business, government, and community leaders. Wright immediately began a successful program to revitalize Carver's balance sheet and made it a key player in the rising economic fortunes of Harlem. In 2005, Wright was named chairman of Carver Federal Savings Bank.

Wright is a member of the board of directors of Time Warner and Kraft Foods. She is a member of the Board of Overseers of Harvard University and the Memorial Sloan-Kettering Cancer Center. Wright was honored as "Community Banker of the Year" in 2003 by The American Banker, the financial industry's daily newspaper. She is also involved in the missionary activities of the American Baptist Churches.

See how Deborah Wright is related to other HistoryMakers
Donate Now
Click Here To Explore The Archive Today!