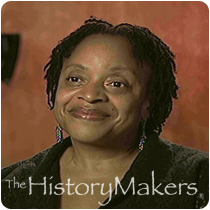 See how Deborah Willis is related to other HistoryMakers

Curator and photographer Deborah Willis was born on February 5, 1948 in Philadelphia, Pennsylvania to Ruth and Thomas Willis. The family traditions of photography and quilting would later inspire her career and artistic point of view. Even as a child, she noticed the scarcity of images of blacks in the media. She received her B.A. degree at Temple University in 1972, her B.F.A. degree at the Philadelphia College of Art in 1975, and her M.F.A. degree from Brooklyn’s Pratt Institute in 1980. While working towards her degrees, Willis worked part-time with a variety of arts centers and nonprofits. Her work helped cement her interest in arts education.

After receiving her M.F.A. degree, Willis became the exhibitions coordinator and curator of Photographs and Prints at the New York Public Library’s Schomburg Center for Research in Black Culture. For the next twelve years, she worked at the Schomburg Center, supervising a collection that includes portraits of famous African Americans, scenes from black history and the work of notable African American photographers. She organized exhibitions of work by James VanDerZee, Doris Ullman, Anthony Barboza, and many others. While working at the Schomburg Center, Willis also published her first book, "Black Photographers, 1840-1940: An Illustrated Bio-bibliography" and began exhibiting her own photographs. She has since exhibited all over the country, most notably at the Smithsonian, the Steinbaum Krauss Gallery and the Bernice Steinbaum Gallery. In 1992, Willis moved to Washington, D.C. and became exhibitions curator at the Smithsonian’s Center for African American History and Culture. Working at the Smithsonian for the next eight years, Willis was widely respected as a scholar, curator and artist. During her time at the Smithsonian and the years since then, she has published several more books, including The Black Female Body: A Photographic History (with Carla Williams), Reflections in Black: A History of Black Photographers, 1840-Present, and biographical works on Lorna Simpson, J.P. Ball and James VanDerZee.

Deborah Willis has received several prestigious awards, including the International Center of Photography Infinity Award for Writing in Photography and alumni awards from both the Pratt Institute and the Philadelphia University of the Arts. In 2000, she was the recipient of the esteemed MacArthur “Genius Grant” Fellowship which recognizes highly potential, creative individuals who contribute to society and culture. Soon thereafter, she moved back to New York and joined the faculty of New York University’s Tisch School of the Arts as a professor of photography and imaging and eventually became the chair of the department. In 2003, Willis earned her Ph.D. degree in cultural studies at George Mason University. Throughout her career, Willis has authored many books and articles and organized or contributed to countless exhibitions exploring the role of African Americans both in front and behind the lens.

Deborah Willis was interviewed by The HistoryMakers on June 27, 2007.

Sponsored by James Lowry of The Boston Consulting Group

See how Deborah Willis is related to other HistoryMakers
Click Here To Explore The Archive Today!