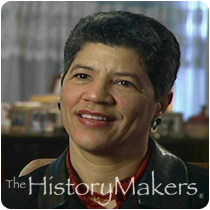 See how Deborah Prothrow-Stith is related to other HistoryMakers

Dr. Deborah Prothrow-Stith is a nationally recognized public health leader with applied and academic experience ranging from neighborhood clinics and inner city hospitals, to serving as a state commissioner of public health, to being a dean and professor at the Harvard School of Public Health (HSPH) in Boston, Massachusetts. Prothrow-Stith is a pioneer in defining, researching, and treating violence, especially among youth, as a public health crisis/problem rather than as a law and order issue. Violence prevention via public health strategies is the hallmark of her work. Prothrow-Stith also serves as Associate Dean for Faculty Development at the HSPH.

Prothrow-Stith was born in Marshall, Texas on February 6, 1954. In 1959, she moved with her family to Atlanta and in 1969 back to Texas where she finished Jack Yates High School in Houston, Texas in 1971. Prothrow-Stith graduated from Spelman College in Atlanta in 1975 and went on to study medicine, graduating from Harvard Medical School in 1979.

Throughout her professional life, Prothrow-Stith has been involved with developing and implementing violence prevention programs ranging from local neighborhoods to statewide and national levels. Her interest in violence prevention was stimulated by her work as a resident at Boston City Hospital, where she discovered that street violence was as deadly to her patients as any disease or accident and led her to examine violence as a social “disease” that could be prevented by public health strategies. Prothrow-Stith developed and wrote the first violence prevention curriculum for schools entitled, Violence Prevention Curriculum for Adolescents.

Appointed in 1987 as the first woman and youngest-ever Commissioner of Public Health for the Commonwealth of Massachusetts, Prothrow-Stith expanded treatment programs for AIDS and drug rehabilitation, and oversaw a department of more than 4,500 employees. During her tenure as commissioner, she established the first-ever Office of Violence Prevention in a state department of public health. Prothrow-Stith was appointed by President Bill Clinton to the National Commission on Crime Control and Prevention in 1995.

In the 1990s, Prothrow-Stith was tapped to be part of a broad-based coalition in Boston that included leaders in government, education, health, law enforcement, religion, and civic life and business. Their collective work became known as the “Boston Model”. By the mid to late 1990s, Boston had gone almost three years without a single juvenile homicide. In Murder Is No Accident, co-authored with Dr. Howard Spivak, Prothrow-Stith describes the “Boston Model” as well as factors that affect youth violence, such as poverty and domestic violence, and the means for its prevention, such as conflict resolution programs.

Prothrow-Stith is married to Reverend Charles Stith, a former U.S. Ambassador to Tanzania (East Africa). They have a son, Percy, born in 1978 and a daughter, Mary Mildred, born in 1980. Prothrow-Stith and her husband also raised her two nephews, sons of her sister – Trey Edmondson, born in 1972, and Tony Franklin, born in 1975.

See how Deborah Prothrow-Stith is related to other HistoryMakers
Click Here To Explore The Archive Today!