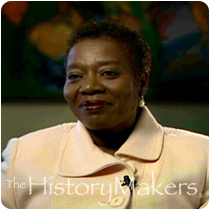 See how Deborah Lathen is related to other HistoryMakers

Attorney and former Federal Communications Commission (FCC) Cable Bureau Chief, Deborah Ann Lathen was born on March 28, 1953, in St. Louis, Missouri. After graduating from Cornell University with her B.A. degree in 1975, Lathen went on to earn her J.D. degree from Harvard Law School in 1978.

Lathen then practiced law at the law offices of Foley and Lardner LLP, and of Keck, Mahin & Cate. In 1982, she became a litigation attorney at The Quaker Oats Company where she was honored with the Quaker Oats Chairman’s Award in 1988. That same year, Lathen was hired as the Senior Counsel for TRW, Inc.

In 1991, Lathen began working as managing counsel for the Nissan Motor Corporation and specialized in the provision of legal services in the areas of general corporate law, logistics, finance, environmental compliance and other general business matters. Lathen worked for the Nissan Corporation until 1998, when she was hired at the FCC as bureau chief of the Cable Services Bureau. In addition to advising the chairman and commissioners on issues related to internet industries, broadband and cable, as bureau chief, Lathen oversaw some significant changes in the communications industry such as the America Online and Time Warner merger, the implementation of the Satellite Home Viewer Improvement Act (SHIVA) and the federal regulation of instant messaging.

In 2001, Lathen founded Lathen Consulting in Washington, D.C. and began providing consulting services to telecommunications and media companies. In 2007, she was asked to serve as a board member for British Telecommunications (BT), where she serves on the Remuneration Committee.

See how Deborah Lathen is related to other HistoryMakers
Click Here To Explore The Archive Today!