Information about Deborah A. Elam 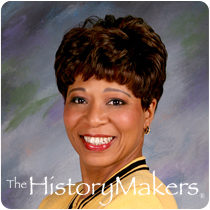 See how Deborah A. Elam is related to other HistoryMakers

Deborah Elam was the Chief Diversity Officer at General Electric (GE), Fairfield, Connecticut. Elam led efforts globally to ensure that all GE employees felt that they had an opportunity to contribute and succeed. Elam was a native of New Orleans, Louisiana, and an alumna of Ursuline Academy; she received her B.A. degree in sociology at Louisiana State University (LSU) and a Masters of Public Administration at Southern University in Baton Rouge, Louisiana.

Elam’s career began in 1986 with an internship at General Electric while pursuing her graduate degree. Upon graduation, Elam joined GE’s Human Resources Leadership Program in 1987, and had assignments at GE Global Exchange Services and GE Transportation. Upon completion of the training program, Elam was promoted to successively larger human resources roles in GE Consulting Services, GE Capital Mortgage Corp., GE Capital Insurance Services, and GE Capital Markets Services. In June of 2000, Elam became the managing director of Human Resources at GE Capital Commercial Finance; she was promoted in September of 2002 to the office of vice president. In February, 2006, GE’s Board of Directors appointed Elam chief diversity officer of the company, making her one of the highest ranking women at GE. Elam held leadership roles in GE’s African American Forum, GE Women’s Network, and was a member of the Executive Leadership Council (ELC), an organization of the top African Americans in Corporate America Outside of work, Elam served on the Board of Directors of the Fairfield County Community Foundation, Working Mothers Magazine-Women of Color Initiative, and the Elfun Community Foundation. Elam also acted as president of the Fairfield County Chapter of Links, Inc., a member of the National Black MBA Association, and president of the Fairfield County Alumnae Chapter, Delta Sigma Theta Sorority, Inc. Elam held memberships in Jack and Jill of America, and the National Council of Negro Women.

Elam received numerous awards and was featured on the cover of the March 2005 issue of The Network Journal Magazine where she was named One of Twenty-five Influential Black Women in Business. Elam received the Brava Award, which was given by the YWCA of Greenwich, Connecticut, to women who achieved at work and gave back to their communities. Elam became a highly sought after speaker, addressing the Commission on Officer Diversity Advancement of the U.S. Army, and serving as a keynote speaker for the Distinguished Speaker Series for the MBA program at LSU, her alma mater. In addition to her business endeavors, Elam and her husband have raised two daughters.

Sponsored by Michael and Kimberly Graves

See how Deborah A. Elam is related to other HistoryMakers
Click Here To Explore The Archive Today!