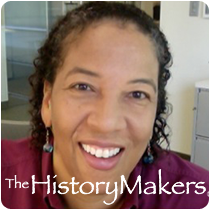 See how Dawn Wright is related to other HistoryMakers

Professor and oceanographer Dawn Jeannine Wright was born on April 15, 1961 to Jeanne and Robert Wright. Wright grew up on the island of Maui, Hawaii, fascinated by stories of adventure and discovery of the open seas. She graduated cum laude with her B.S. degree in geology from Wheaton College in 1983. She then earned her M.S. degree from Texas A&M University in oceanography in 1986. During her graduate studies, Wright served as a graduate research assistant and a marine laboratory specialist with the Ocean Drilling Program at Texas A&M University. Following her work as a marine laboratory specialist, Wright received her Ph.D. degree from the University of California, Santa Barbara in 1994 with her dissertation entitled “From Pattern to Process on the Deep Ocean Floor: a Geographic Information System Approach.”

The National Oceanographic and Atmospheric Administration (NOAA) hired Wright as a postdoctoral research associate following graduation. She began her teaching career in 1995 as an assistant professor in the Department of Geosciences at Oregon State University. By 2002, she was promoted to full professor. Wright is an expert on geographic information systems, and her work has focused on mapping the ocean floor in locations around the globe including: Fagatele Bay National Marine Sanctuary, in American Samoa, the East Pacific Rise in the Pacific Ocean, the Tonga Trench in the South Pacific Ocean, and the Juan de Fuca Ridge in the North Pacific Ocean. Along with her work in mapping the sea floor, Wright has assisted with a number of outreach programs, hoping to encourage more minority and female students to consider a career in the sciences.

Wright has published a large number of papers detailing her investigations. She has received several awards in recognition of her work, both as a teacher and as a leading scientist in her field. She won the United States Professor of the Year for the State of Oregon in 2007, and has been listed as one of fifteen scientists featured in Portraits of Great American Scientists. She was also named a fellow of the American Association for the Advancement of Science (AAAS). Wright has co-authored the reference book, Arc Marine: GIS for a Blue Planet.

See how Dawn Wright is related to other HistoryMakers
Click Here To Explore The Archive Today!