Information about David A. Thomas 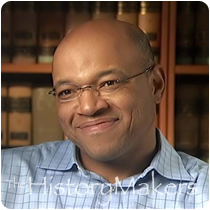 See how David A. Thomas is related to other HistoryMakers

Harvard Business School professor David Anthony Thomas was born September 26, 1956, in Kansas City, Missouri, to working-class parents, Jesse and Jewel Thomas. Thomas attended Henry C. Kumpf Elementary School and for a year attended Manual High School. Thomas was influenced by Al Winder of Job Opportunities for Youth and by an American Field Service trip to France in 1973. Thomas graduated from Paseo High School in 1974, and with the help of Glenn de Chabert, was admitted to Yale University. President of Black Student Alliance at Yale, Thomas earned his B.A. degree in administrative sciences in 1978.

Thomas served as an assistant professor of management and business administration at the Wharton School of the University of Pennsylvania from 1986 to 1990. Thomas joined the Harvard Business School in 1990 as an assistant professor, and eventually went on hold the positions of the H. Naylor Fitzhugh Professor, senior associate dean, and director of faculty recruiting; H. Naylor Fitzhugh was a Pepsi executive who earned the first black Harvard MBA in 1933.

Writing extensively on minority mentoring, career development and how organizations shape the racial dynamics of individuals and groups within, Thomas has been published in the Journal of Organized Behavior and the Administrative Science Quarterly among other periodicals. Having taught courses in self-assessment, career development and leadership, Thomas also lectures for the Harvard Graduate School of Education’s Urban Superintendent Program and the Harvard Divinity School’s Leadership Development Institute.

In 2001, Thomas received the George E. Terry Award for outstanding management book for his 1999 publication of Breaking Through: The Making of Minority Executives in Corporate America. In his book, Thomas profiled minority executives to determine how people of color and the companies they work for can overcome barriers.

Thomas is professionally associated with the Academy of Management, the International Society for the Psychoanalytic Study of Organizations and National Training Laboratories.

Thomas married his high school sweetheart, with whom he lives in Cambridge, Massachusetts. They have two children.

See how David A. Thomas is related to other HistoryMakers
Click Here To Explore The Archive Today!