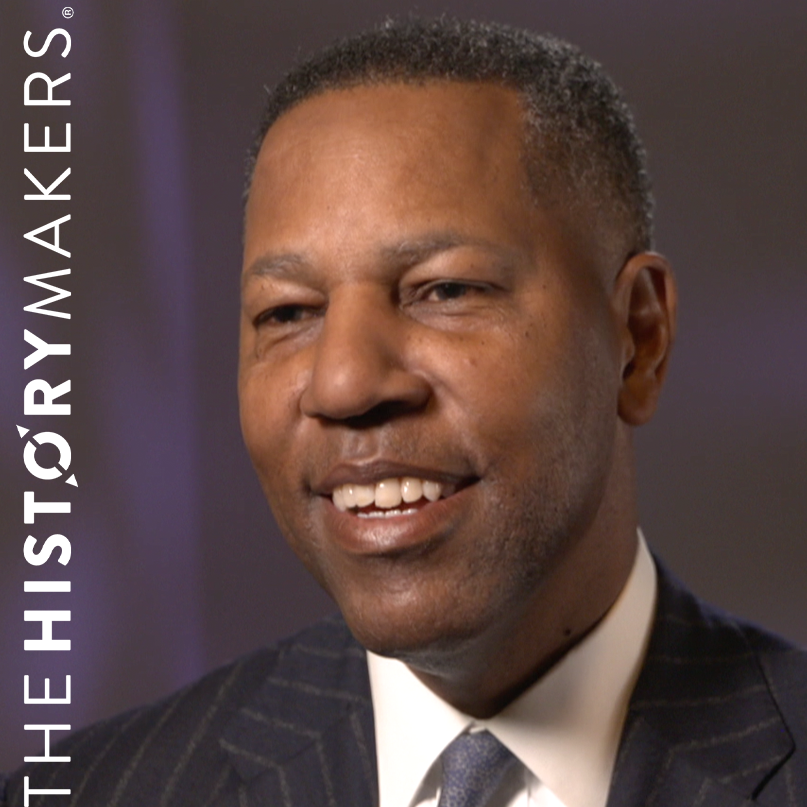 See how David R. Jones is related to other HistoryMakers

Investment banker David R. Jones was born on May 4, 1964 in Dayton, Ohio to David L. and Alease Caldwell Jones. His mother worked as an educator and his father was the first African American certified public accountant in Ohio and co-founded Unity State Bank, Ohio’s first African American owned bank. Jones graduated from the Miami Valley School in 1982 before receiving his B.S. degree from Boston University in 1986, and his M.B.A. degree from The Wharton School of Business at the University of Pennsylvania in 1993.

Before earning his M.B.A. degree, Jones was a trust officer at Fifth Third Bank and Wachovia Corporation. After graduating in 1993, he joined Merrill Lynch as a senior associate in the investment banking department. In 1998, he was hired by Blaylock & Partners as head of the investment banking and capital markets departments. In this role, Jones was involved in transactions that enabled the firm to become the nation’s largest Black-owned investment bank handling over $8 billion in deals. In 2006, he co-founded CastleOak Securities and served as CEO of the firm. In 2017, CastleOak partnered with Bloomberg to launch DirectPool, a platform for electronic corporate bond trading.

Jones was appointed to Boston University’s Board of Overseers in 2013, and to the Executive Graduate Board of The Wharton School of Business at the University of Pennsylvania in 2014. The next year, he was elected to the Ohio National Financial Services board of directors.

In 2010, Jones received the distinguished alumni award from Boston University School of Management. The following year, he was named as one of the 75 Most Powerful Blacks on Wall Street by Black Enterprise Magazine. In 2012, Jones was named One of the Most Intriguing Entrepreneurs by Goldman Sachs. CastleOak Securities ranked number one by Black Enterprise as Top Minority-Owned Investment Bank in Taxable Securities in 2014; and, in 2017, they were named the Financial Company of the Year by Black Enterprise.

Jones and his wife, Tammye Tillman Jones, reside in New Jersey and have three children: Jillian, Harrison, and Kathryn.

David R. Jones was interviewed by The HistoryMakers on March 26, 2019.

See how David R. Jones is related to other HistoryMakers