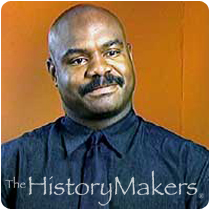 Former NFL player-turned-business owner David Duerson was born in Muncie, Indiana, on November 28, 1960. After graduating from Northside High School in Muncie, Duerson began his promising football career at the University of Notre Dame. Duerson spent the summers from 1979 to 1981 working as a law clerk in Miami, Florida, and during the summer of 1982, he served as legislative aide to U.S. Senator Richard Lugar. Duerson graduated from Notre Dame with a B.S. degree in economics in 1983.

Following graduation, Duerson joined the Chicago Bears, where he played from 1983 to 1989, earning his first Super Bowl ring in Super Bowl XX. In 1990, he joined the New York Giants, and that year the Giants won Super Bowl XXV. He then went on to play for the Phoenix Cardinals from 1991 to 1993. After leaving the NFL, Duerson decided to go into business through franchise ownership. He attended McDonald's Corporation's Hamburger University and in 1994 bought three McDonald's restaurants in the suburbs of Louisville, Kentucky. Selling his franchises in 1995, Duerson became president and CEO of Fair Oaks Farms, one of the primary suppliers of sausage to McDonald's and a number of other companies with an international distribution arm to Japan, Singapore, Turkey and Kuwait. Under his leadership, sales grew from $38 million in 1998 to $63.4 million in 2001. That same year, he earned an executive M.B.A. from Harvard University's Owners and Presidents Management Program.

Duerson has earned a number of honors over the years, including being named two-time All-American at Notre Dame and the 1987 NFL Man of the Year. He serves on the University of Notre Dame Board of Trustees and as chairman of the National Football Foundation & College Hall of Fame, Chicago Chapter. He is also active with the Boys & Girls Clubs of America, serving as a national trustee. Duerson and his wife, Alicia, have four children.

Duerson was interviewed by The HistoryMakers on August 28, 2003.