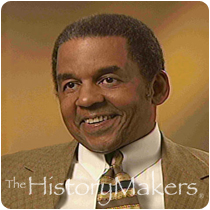 Attorney David Baker Lewis was born on June 9, 1944 in Detroit, Michigan to Dorothy Florence Baker Lewis and Walton Adams Lewis. Lewis attended St. Peter Claver School, Courville Elementary School, Nolan Junior High School and graduated from John J. Pershing High School in 1962. As a business administration student at Oakland University, Lewis spent the summer of 1964 as an intern with Holderbank Financiere Glarus in Zurich, Switzerland. In 1965, Lewis earned his B.A. degree in business administration from Oakland University and later interned at Chicago’s Northern Trust Bank in 1966. In 1965, Lewis obtained his M.B.A. degree in finance from the University of Chicago Booth School of Business, where he was president of the Business Club. In 1967, Lewis enrolled in University of Michigan Law School earning his J.D. degree from there in 1970.

Lewis worked as a law clerk for the Honorable Theodore Levin of the United States District Court for the Eastern District of Michigan while teaching for the University of Michigan’s African American Studies Department. In 1971, Lewis joined the law firm of Patmon, Young and Kirk Professional Corporation. He also served as an associate professor of law for the Detroit College of Law from 1972 to 1978. In 1972, Lewis, along with two other black lawyers, formed Lewis, White and Clay (now Lewis & Munday) – a professional corporation. Lewis served as president of the firm from 1972 to 1982 at which time he became chairman of the board. In 2001, Lewis & Munday ranked sixteenth nationally among all bond counsel and twentieth among all underwriter counsel firms in the country. Lewis served as a member of the State of Michigan Attorney Discipline Board from 1978 to 1983. He has also been a board member of the National Association of Bond Lawyers, the Institute of American Business, the National Association of Securities Professionals, Conrail, Inc., LG&E Corporation, Paradies Metro Ventures, Comerica, Inc., TRW, Inc., M.A. Hanna Company, Fife Electric Co., Lakefront Capitol Advisors, Inc., Lewis and Thompson Agency, Inc., the Detroit Edison Securitization Funding, LLC, Kroger Company, the Police Foundation and H&R Block.

Lewis has been a Fellow of the American Bar Association and a member of the board of trustees of Oakland University, and the Oakland University Foundation. Lewis was awarded honorary Doctor of Humane Letters degrees from both the University of Detroit Mercy in 1991 and Central Michigan University in 2001. In 1995, he received the Learned Hand Award from the American Jewish Committee.

See how David Baker Lewis is related to other HistoryMakers
Donate Now
Click Here To Explore The Archive Today!