Information about David B. Wilkins 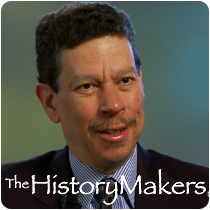 See how David B. Wilkins is related to other HistoryMakers
Donate Now

Legal scholar and law professor David B. Wilkins was born on January 22, 1956 in Chicago, Illinois. His father, attorney Julian Wilkins, became the first black partner at a major law firm in Chicago in 1971. Wilkins graduated from the University of Chicago Laboratory Schools in 1973. He received his A.B. degree in government with honors in 1977 from Harvard College and his J.D. degree with honors in 1980 from Harvard Law School. While in law school, Wilkins was a member of the Harvard Civil Rights Civil Liberties Law Review, the Harvard Law Review, and the Harvard Black Law Students Association.

Upon graduation, Wilkins served as a law clerk to Chief Judge Wilfred Feinberg of the U.S. Court of Appeals for the Second Circuit. Wilkins then clerked for United States Supreme Court Justice Thurgood Marshall from 1981 to 1982. In 1982, Wilkins worked as an associate specializing in civil litigation at the law firm of Nussbaum, Owen & Webster in Washington, D.C. He then joined the faculty of Harvard Law School in 1986 as an assistant professor. Wilkins was appointed as Director of the Program on the Legal Profession in 1991 and received tenure in 1992, making him the school’s fourth African American tenured professor and the sixth in the history of the school. He served as the Kirkland and Ellis Professor of Law from 1996 until 2008, when he became the Lester Kissel Professor of Law. In 2009, Wilkins was appointed as Vice Dean for Global Initiatives on the Legal Profession and Faculty Director of the Program on the Legal Profession at Harvard Law School.

As a legal scholar, Wilkins authored over sixty articles on the legal profession, and co-authored, along with Andrew Kaufman, Problems in Professional Responsibility for a Changing Profession. In addition, Wilkins served as a Senior Research Fellow of the American Bar Foundation and a member of the Faculty Committee of the Harvard University Edmond J. Safra Foundation Center for Ethics. Wilkins has also lectured on various issues in legal studies internationally as well as in the United States. Harvard Law School honored Wilkins with the Albert M. Sachs – Paul Freund Award for Teaching Excellence in 1998 and the J. Clay Smith Award in 2009. He received the Order of the Coif Distinguished Visitor Fellowship in 2008 and was honored as the American Bar Foundation Scholar of the Year Award in 2010. In 2012, Professor Wilkins was elected as a Member of the American Academy of Arts and Sciences. In 2012, Wilkins was honored with an Honorary Doctorate of Laws degree from Stockholm University in Stockholm, Sweden, the Distinguished Visiting Mentor Award from Australia National University, and the Genest Fellowship from Osgoode Hall Law School.

David B. Wilkins was interviewed by The HistoryMakers on April 29, 2013.

See how David B. Wilkins is related to other HistoryMakers
Donate Now
Click Here To Explore The Archive Today!