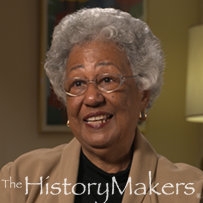 "She Who Laughs, Lasts."

Dance authored nine books, including Shuckin' and Jivin': Folklore from Contemporary Black Americans (1978), Fifty Caribbean Writers: A Bio-Bibliographical and Critical Sourcebook (1986), Honey, Hush! An Anthology of African American Women's Humor (1998), From My People: 400 Years of African American Folklore (2002), and In Search of Annie Drew, the Mother and Muse of Jamaica Kincaid (2016). Dance also served on several boards and committees, including the Association of Governing Boards of Universities and Colleges, the Editorial Board of Encyclopedia Virginia, the University Press of Virginia Board of Directors, the Board of Visitors at Virginia State University, and the Association of Theological Schools in the United States and Canada; in addition to her memberships in the American Folklore Society, the American Studies Association, the Modern Language Association, the Zora Neale Hurston Society, the Richard Wright Society, and the Virginia Folklore Society.

She received numerous awards for her work, including the VCU Arts and Sciences Lecturer Award, the National Association for Equal Opportunity in Higher Education's Distinguished Alumni of the Year Award, the Sister Circle Book Award for Outstanding Anthology, the Zora Neale Hurston Award from the National Association of Black Storytellers Annual Conference, and The Sojourner Truth Award from The African American Studies Program of George Mason University. The Daryl Cumber Dance Lifetime Achievement Award was created in 2012 by the College Language Association in Dance’s honor.

Daryl Cumber Dance was interviewed by The HistoryMakers on December 7, 2016.