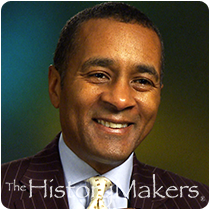 See how Darryl W. Dennard is related to other HistoryMakers
Donate Now

Broadcast journalist Darryl W. Dennard was born on September 18, 1957 in Harlem, New York to Eleanor Adamson and Glenn W. Dennard. He graduated from De Witt Clinton High School. Dennard was a member of Fordham University’s Upward Bound program and participated in its Bridge program by taking classes at Fordham University. He then went on to attend the State University of New York College at Buffalo and graduated with his B.A. degree in broadcasting in 1981. While at Buffalo State, he was a member of the Black Liberation Front student organization, where he was an executive board member, founding the college’s Minority Resource Center.

In 1980, Dennard was hired as a production assistant at the NBC affiliate WGRZ-TV in Buffalo, New York. He was promoted to a news reporter in 1983, and worked at WGRZ-TV until 1987. Dennard then became co-host of the “Ebony-Jet Showcase” from 1987 to 1991, and was hired as associate editor of Ebony Man magazine. He then served as co-host of the “Black Enterprise Report” and as host and producer of the “Minority Business Report.” Dennard also worked as an anchor of “Good Day Chicago” in the 1990s, and has hosted many other programs, including “Know Your Heritage.” He has worked on WVAZ-FM's “Steve Harvey Show,” WCGI-FM's “Morning Riot,” WGCI-AM's “John Hannah Morning Show,” and WVAZ’s “Tom Joyner Morning Show.” In addition, he has interviewed many celebrities and notable figures, including President Barack Obama, Michael Jackson and Oprah Winfrey.

Dennard served as Vice President of First Trace Communications, a strategic, cause related public relations firm, and Founder and CEO of Double D Productions, Inc., a full service audio/video production company, which produced the 1999 documentary “Heading West: A History of African Americans on Chicago's West Side,” and the more recent documentary, “Culture of Calm: A Calming Presence,” which chronicles the Chicago Public School’s mentoring efforts directed towards “At Risk” youth in the wake of the Derion Albert beating death.

Dennard’s professional affiliations include the National Association of Market Developers, the Black Public Relations Society, the 100 Black Men of Chicago, the Young Brothers for Christ Youth Ministry at Apostolic Church of God, and the Radio and Television Broadcasting and Theatre Departments at Kennedy King College.

Most important to him are his wife Darlene, and their two children, Autumn, a graduate of Howard University and Darryl Jr, a fine arts graduate at The Cooper Union in New York City. Dennard also has a son-in-law, Brian, and two grandchildren, Ari and Milo.

Darryl Dennard was interviewed by The HistoryMakers on January 23, 2014.

See how Darryl W. Dennard is related to other HistoryMakers
Donate Now
Click Here To Explore The Archive Today! 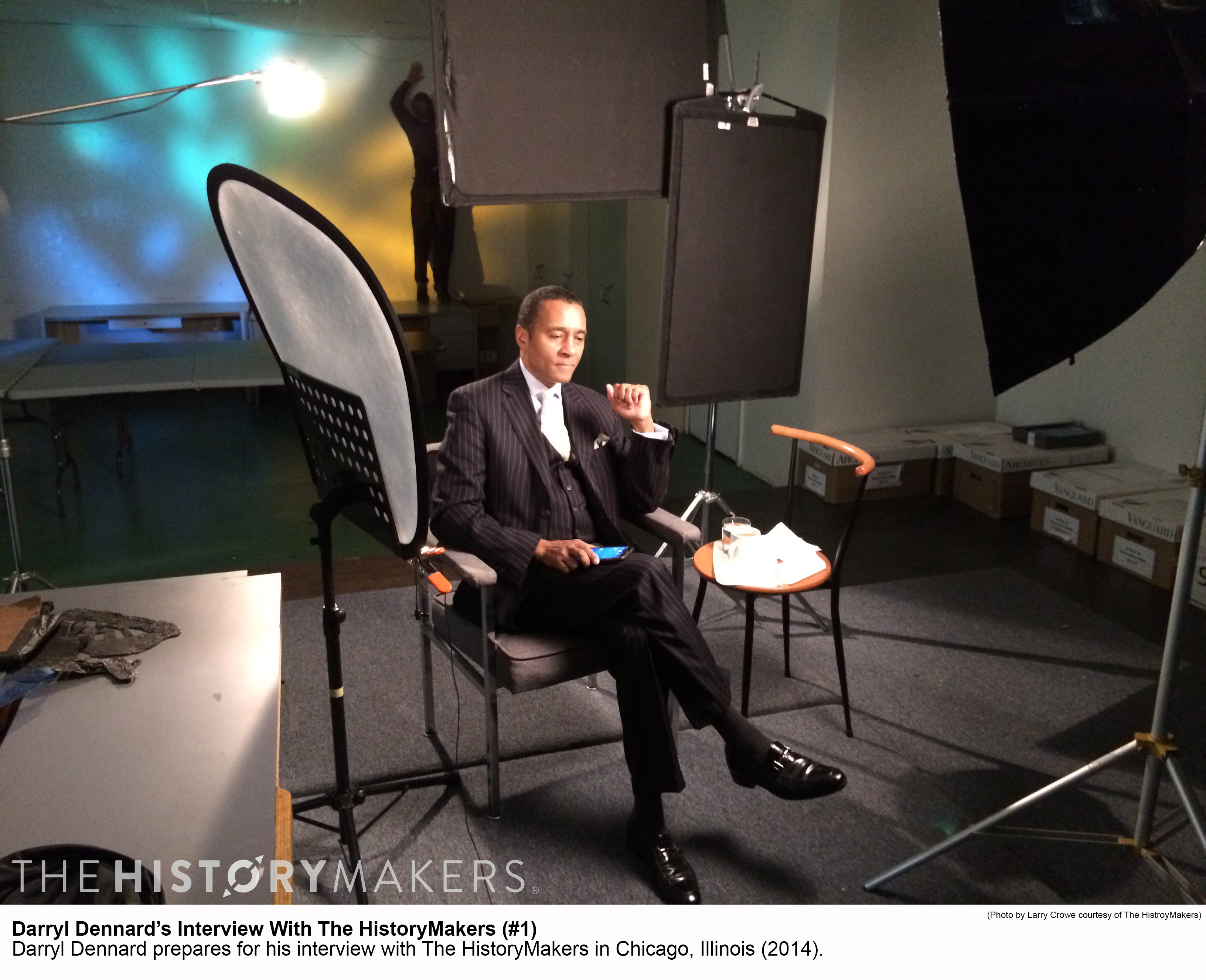 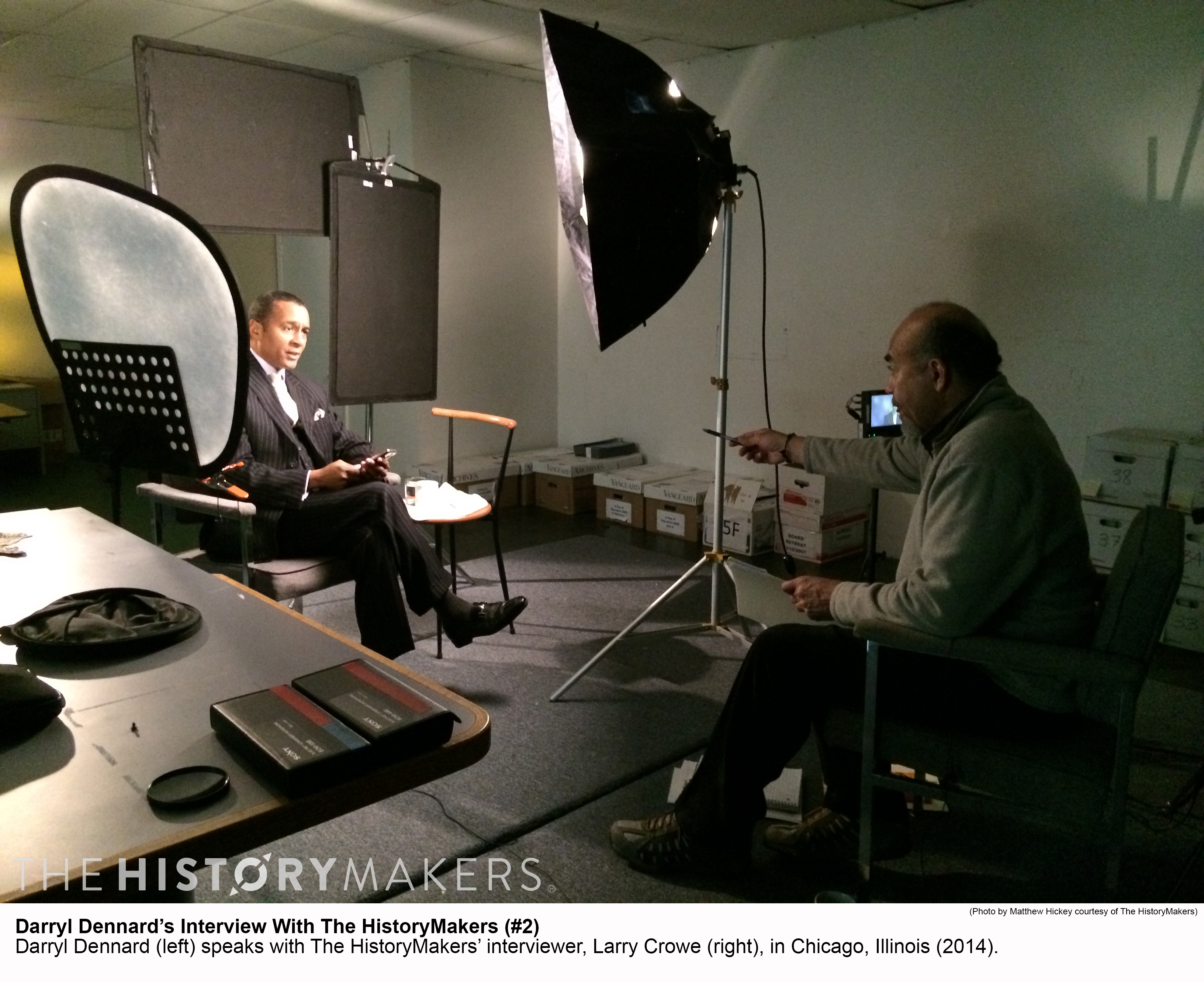