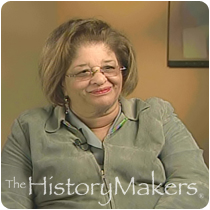 See how Darlene Lorraine McKinnon is related to other HistoryMakers

Darlene Lorraine McClaine McKinnon was born on July 28, 1943 in Baltimore, Maryland. She graduated from an all-girls public high school, Western High School, in Baltimore in 1961. McKinnon attended Morgan State University and received her B.A. degree in business from the University of the Redlands in Redlands, California in 1985.

In addition to her work with the SBA, McKinnon has operated her own small business, TheaterGoers International, and instructed business courses at San Diego State University. She is the co-founder of the San Diego Chapter of the National Association of Women Business Owners; is a board member of the Northern California Supplier Development Council; and a member on the President’s Board of the Children’s Hospital of Oakland. McKinnon is listed in Who’s Who Among Black Americans, has been recognized by Soroptomists International and received its Woman of Achievement Awards. In 1992, she was named one of San Diego’s 100 Local Business and Community Leaders. In 2003, McKinnon was named one of the Fifty Most Influential Women in Silicon Valley. She serves on numerous advisory boards and community organizations and has a passion for fine arts, photography and cars.

See how Darlene Lorraine McKinnon is related to other HistoryMakers
Click Here To Explore The Archive Today!