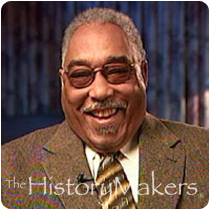 See how Crain Woods is related to other HistoryMakers
Donate Now

Educator and politician Crain Woods was born in Due West, South Carolina, on December 14, 1932. The youngest son of a farmer and a housewife, Woods attended Benedict College in Columbia, South Carolina, following his graduation from high school. Woods earned a B.S. in 1957, and later returned to school, attending South Carolina State University for an M.S. in education and graduating in 1970.

After earning his bachelor's degree, Woods began his teaching career in 1959 in the Clarendon County Department of Education, where he was a teacher and a coach. Three years later, Woods was hired by the Horry County Department of Education, where he served as a teacher and school administrator. Woods continued on with Horry County until his retirement. In 1994, Woods became involved in the city government of Myrtle Beach after winning a City Council seat, and served as a city councilman until 2002.

Woods remains active with the local government today, serving on the Myrtle Beach Convention Center Hotel Corporation board of directors and the All Aboard Committee, which is taking measures to have the Myrtle Beach railroad station placed in the National Registry of Historic Places. Woods sits on the board of the Myrtle Beach Housing Authority. He has also been active with the Horry County chapter of the American Red Cross for more than twenty-five years and currently serves as chairman of the organization.Additionally, Woods is a charter member and sits on the board of the Children's Museum of South Carolina. Woods and his wife, Julia, have been married since 1959.

See how Crain Woods is related to other HistoryMakers
Donate Now
Click Here To Explore The Archive Today!