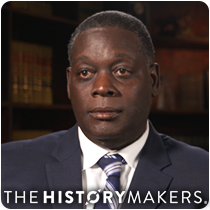 See how Craig Watkins is related to other HistoryMakers
Donate Now

Watkins began his legal career working in the Dallas city attorney and public defender’s office. He subsequently left the City of Dallas office and formed his private practice, Craig Watkins Attorney at Law, PLLC, where he worked mainly as a licensed bail bondsman. Although he campaigned and lost a 2002 election for district attorney, Watkins won the election in 2006 and became the first African American district attorney elected in the State of Texas. He served as district attorney from 2007 until 2015, during which time he was credited with securing a 99.4% conviction rate with a focus on prosecuting cases of child sexual abuse. Watkins also worked to resolve cases of wrongful conviction through the use of DNA testing and the review of evidence illegally withheld from defense attorneys. Watkins ran for re-election as district attorney in 2014, but was defeated by former Judge Susan Hawk.

As district attorney, Watkins attracted state and national recognition for his work. He was featured in Texas Monthly, Jet, and Ebony magazines in 2007. In 2008, Watkins was named Texan of the Year by the Dallas Morning News. During the same year, he was featured on an episode of 60 Minutes. Watkins also appeared on PBS NewsHour in a live interview with journalist Ray Suarez for his office’s 2011 exoneration of Cornelies Dupree, who was previously convicted of armed robbery in Texas.

Watkins and his wife, Tanya, have three children: Chad, Cale, and Taryn.

Craig Watkins was interviewed by The HistoryMakers on September 14, 2017.

See how Craig Watkins is related to other HistoryMakers
Donate Now
Click Here To Explore The Archive Today!