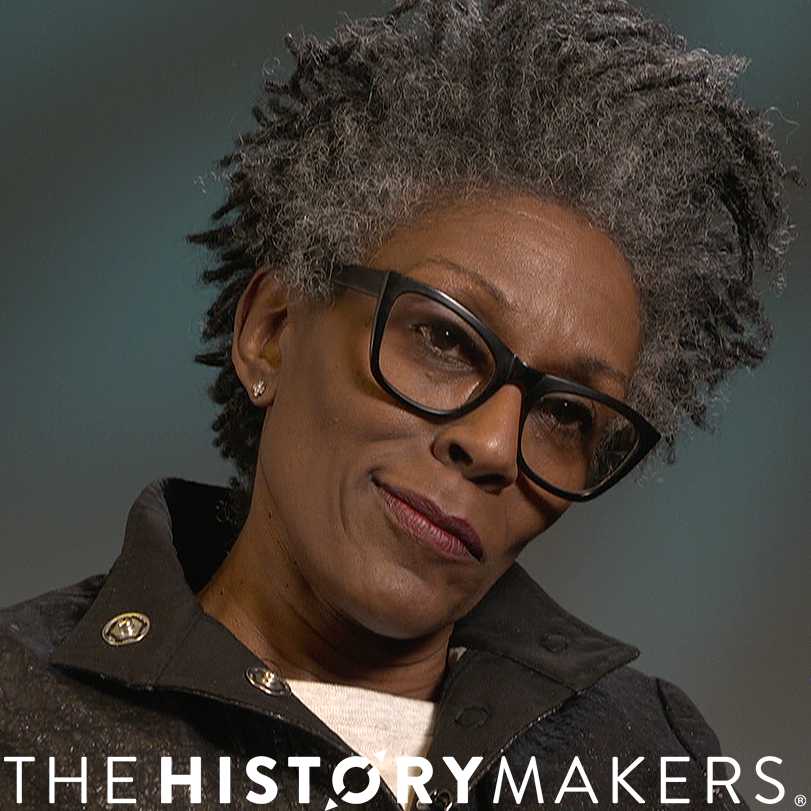 See how Courtney Sloane is related to other HistoryMakers
Donate Now

Interior designer Courtney Sloane was born on June 1, 1962 in Jersey City, New Jersey to John Sloane and Ruth A. Sloane. She graduated from St. Anthony High School in Jersey City, New Jersey in 1980 and earned her B.S. degree in marketing from Rutgers University in New Brunswick, New Jersey in 1984. Sloane also took postgraduate classes in metal working at Pratt Institute in Brooklyn, New York and in interior design at the Fashion Institute of Technology in New York, New York.

Sloane began her professional career as a retail merchandiser for J.C. Penny. In 1986, she began working as a specification specialist and specification representative at Formica Corporation/Fabricator Supply. She remained at Formica until 1994, during which time she founded Alternative Design in 1991. She served as the company’s creative director, and handled special requests and customized projects. From 1996 to 1999, Sloane served as a contributing editor for Essence magazine and wrote the “By Design” column. During the 2003 season of America’s Next Top Model, she served as a production designer. In 2005, Sloane established Project INSPIRE, a philanthropic program that created internships for high school and college students in the design industry. Sloane then founded Riley Stone, a design import company, in 2011. The following year, she began serving as a marketing manager for RS Furnishings. In addition to her interior design career in the United States, Sloane joined local artists in Costa Rica in 2013 and designed a collection of pottery. In 2015, Sloane opened her own lifestyle retail showroom boutique store, Sloane Square, in Jersey City.

Sloane became known for her design style, and her work for Queen Latifah, Sean “Puffy” Combs, Mary J. Blige, Sony Music Studio, Black Entertainment Television, and the Rock & Roll Hall of Fame and Museum. Sloane’s work was also featured on the cover of New York Magazine. Sloane was named by New York Magazine as one of its “99 New Yorkers” and “100 Best Architects and Designers.” House Beautiful also named her as one of the country’s “Top 101 Designers” multiple times.

Courtney Sloane was interviewed by The HistoryMakers on April 14, 2017.

See how Courtney Sloane is related to other HistoryMakers
Donate Now